Norwegian contract in the works 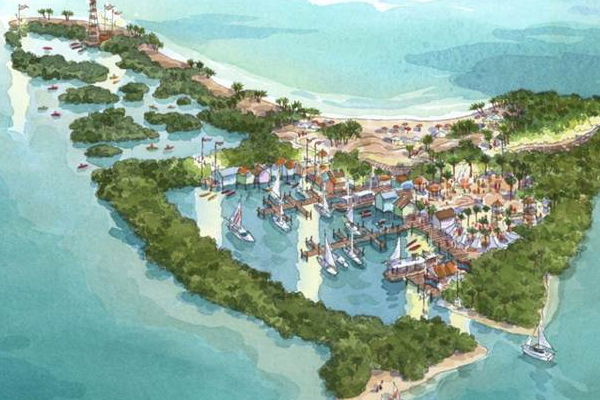 Last month, the Memorandum of Understanding (MoU) that the Barrow administration signed with a major international cruise line – Norwegian Cruise Line – to establish a new port and a destination island in southern Belize was released, but now the Government is in the process of hammering out a legally-binding contract with the company, which proposed to invest US$50 million in the venture.

Speaking with the press at the launch of the National Bank of Belize on Monday, Prime Minister and Minister of Finance Dean Barrow stated, “we’re moving to a point where there is going to be a legally binding contract, and I have promised that some of the things that either weren’t clear or that NCL apparently didn’t understand in the MoU will be reflected in the legally binding contract.”

One source of disagreement between the Government and Norwegian is the insistence by the Government that there would be no diversion of ships from the existing Belize City port – the only one in the country to date.

Norwegian’s whole rationale for proposing the new port was to take their passengers, who don’t get to experience Belizean tours, to a destination where they can have a uniquely Belizean experience. Norwegian told us last month that its hope is that the majority of its passengers would go to the new port, which would be set up on Harvest Caye, near Placencia.

Prime Minister Barrow said that the Government is concerned about overuse of the proposed facility. He indicated that Norwegian had actually requested 2 berthing facilities, but the Government said no.

“While I don’t want to slam the door completely shut, as of now, I will repeat my position – that when we get into the formal agreement, we will stick to the position, which is that [the new port] is used by Norwegian and nobody else and if that’s 150 days per year. So be it,” said Barrow.

Barrow said that the Government of Belize is putting Norwegian on notice, but a binding agreement will make that abundantly clear.