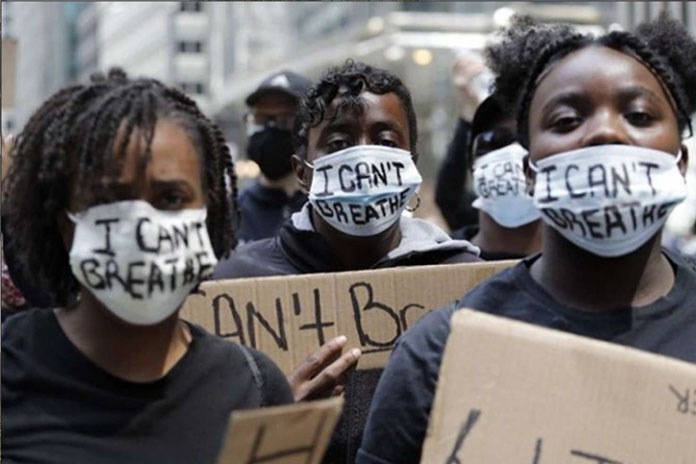 Los Angeles Times Opinion
May 30, 2020, 7:29 PM PDT– What was your first reaction when you saw the video of the white cop kneeling on George Floyd’s neck while Floyd croaked, “I can’t breathe”?

If you’re white, you probably muttered a horrified, “Oh, my God” while shaking your head at the cruel injustice. If you’re black, you probably leapt to your feet, cursed, maybe threw something (certainly wanted to throw something), while shouting, “Not @#$%! again!” Then you remember the two white vigilantes accused of murdering Ahmaud Arbery as he jogged through their neighborhood in February, and how if it wasn’t for that video emerging a few weeks ago, they would have gotten away with it. And how those Minneapolis cops claimed Floyd was resisting arrest but a store’s video showed he wasn’t. And how the cop on Floyd’s neck wasn’t an enraged redneck stereotype, but a sworn officer who looked calm and entitled and devoid of pity: the banality of evil incarnate.

Maybe you also are thinking about the Karen in Central Park who called 911 claiming the black man who asked her to put a leash on her dog was threatening her. Or the black Yale University grad student napping in the common room of her dorm who was reported by a white student. Because you realize it’s not just a supposed “black criminal” who is targeted,
it’s the whole spectrum of black faces from Yonkers to Yale.

You start to wonder if it should be all black people who wear body cams, not the cops. What do you see when you see angry black protesters amassing outside police stations with raised fists? If you’re white, you may be thinking, “They certainly aren’t social distancing.” Then you notice the black faces looting Target and you think, “Well, that just hurts their cause.” Then you see the police station on fire and you wag a finger saying, “That’s putting the cause backward.”

You’re not wrong — but you’re not right, either. The black community is used to the institutional racism inherent in education, the justice system and jobs. And even though we do all the conventional things to raise public and political awareness — write articulate and
insightful pieces in the Atlantic, explain the continued devastation on CNN, support candidates who promise change — the needle hardly budges.

But COVID-19 has been slamming the consequences of all that home as we die at a significantly higher rate than whites, are the first to lose our jobs, and watch helplessly as Republicans try to keep us from voting. Just as the slimy underbelly of institutional racism is being exposed, it feels like hunting season is open on blacks. If there was any doubt, President Trump’s recent tweets confirm the national zeitgeist as he calls protesters “thugs” and looters fair game to be shot. 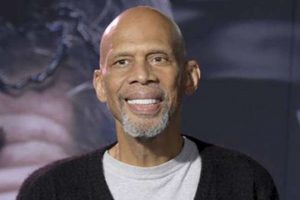 Yes, protests often are used as an excuse for some to take advantage, just as when fans celebrating a hometown sports team championship burn cars and destroy storefronts. I don’t want to see Op-Ed: Kareem Abdul-Jabbar: Don’t understand the protests? What you’re seeing is people pushed to the edge stores looted or even buildings burn. But African Americans have been living in a burning building for many years, choking on the smoke as the flames burn closer and closer. Racism in America is like dust in the air. It seems invisible — even if you’re choking on it — until you let the sun in. Then you see it’s everywhere. As long as we keep shining that light, we have a chance of cleaning it wherever it lands. But we have to stay vigilant, because it’s always still in the air.

So, maybe the black community’s main concern right now isn’t whether protesters are standing three or six feet apart or whether a few desperate souls steal some T-shirts or even set a police station on fire, but whether their sons, husbands, brothers and fathers will be murdered by cops or wannabe cops just for going on a walk, a jog, a drive. Or whether being black means sheltering at home for the rest of their lives because the racism virus infecting the country is more deadly than COVID-19.

Worst of all, is that we are expected to justify our outraged behavior every time the cauldron bubbles over. Almost 70 years ago, Langston Hughes asked in his poem “Harlem”: “What happens to a dream deferred? /… Maybe it sags / like a heavy load. / Or does it explode?”

Fifty years ago, Marvin Gaye sang in “Inner City Blues”: “Make me wanna holler / The way they do my life.” And today, despite the impassioned speeches of well-meaning leaders, white and black, they want to silence our voice, steal our breath.

So what you see when you see black protesters depends on whether you’re living in that burning building or watching it on TV with a bowl of corn chips in your lap waiting for “NCIS” to start.

Kareem Abdul-Jabbar, a recipient of the Presidential Medal of Freedom and the N.B.A.’s all-time leading scorer, is the author of 16 books, including, most recently, “Mycroft & Sherlock —The Empty Birdcage” www.kareemabduljabbar.com

Feature photo: Los Angeles Protesters were among those who turned out in cities across the U.S. on Saturday to protest the death of George Floyd at the hands of police. (Gary Coronado/Los Angeles Times)