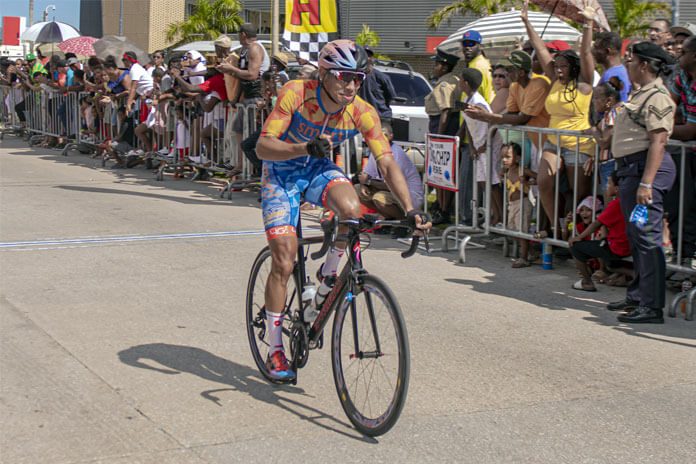 It was a swift start to the 30th annual KREM New Year’s Day Cycling Classic elite race from the Corozal border to Central American Boulevard in Belize City.

Some three miles in there was a breakaway of eleven riders who got a lead of 30 seconds and turned it to over 2 minutes. They included Gregory Lovell, Joslyn Chavarria, Jr., Henry Moreira, Shawn Armstrong, Jr., David Henderson, Ernest Bradley, Tarique Flowers, Angel Tzib, Herman Requeña, Devin Azueta and Keion Robateau. 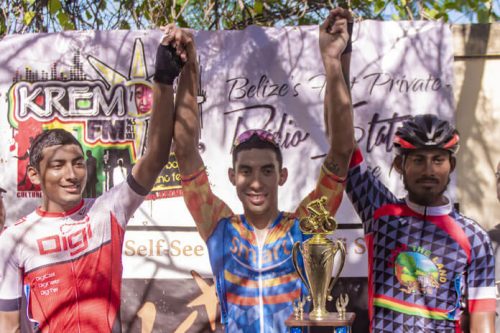 While Azueta and Henderson were just going with the flow, coming upon the first 1,000-dollar-station prize Henderson came from behind Chavarria, who had made a break for it. In the end, Henderson took that prize.

Keion Robateau of Westrac Alliance claimed the 2-thousand-dollar cash prize at Shell One Stop and proceeded to haul in the next station prize between Tower Hill and the Smart Tower for a sweep of around 3,000 dollars.

From there he was caught and a group of three emerged. The configuration would change several times along the race, making for a dramatic competition. With 15 miles left, a group of about 20 to 21 riders reduced the gap on the lead group of three.

Among them was defending champion John Delong and Geovanni Lovell. But the final three to emerge towards the end of the intense race was Oscar Quiroz, Jr., representing Team Smart who joined Joslyn Chavarria, Jr., of team Digicell and Richard Santiago from Clear the Land, all pacing at about 25 miles per hour.

At the end of the very exciting and dramatic race, Oscar Quiroz emerged as the winner, even after his bike had a flat tire near Crooked Tree. Joslyn Chavarria, Jr., came in second and is considered the man of the race, making all the breaks and setting the tempo for the race. Third place was taken by Richard Santiago.

The Junior segment was won by Jyven Gonzalez, followed by Mairon Muñoz, and Daniel Williams, all from Jason’s Cycling Team. In fourth place was Renan Codd. The race from Orange Walk started with a breakaway of three riders, with Renan Codd constantly chasing. 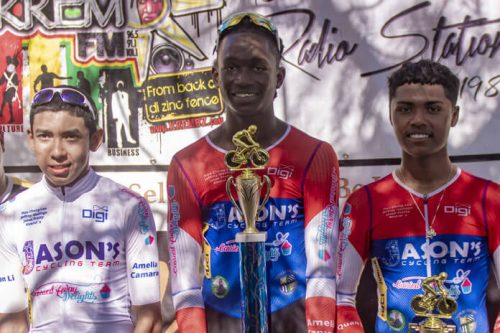 In the female category, there were only three riders: veteran Alicia Thompson of Belize Bank Swoosh, Nicole Gallego riding unattached and Fiona Castillo of BFSC. For the greater part of the race the women remained together and even when Castillo was falling behind, the other two decided to wait. But at the end, the two moved along and at the finish there was a jostle between Gallego and Thompson, with Thompson emerging as winner. 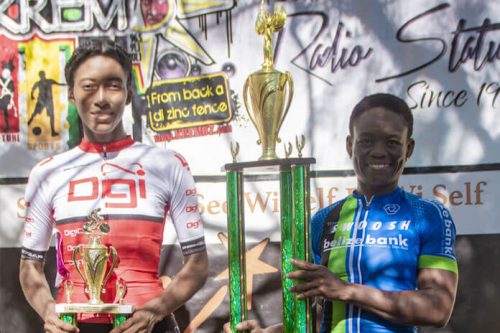 In the Master’s male category the winners were Gregory Lovell, Herman Requeña and Kent Gabourel. For the Masters Male 45-plus category, first was John Oliver, second was Sherman Thomas, while Roque Matus placed third.

The winner for the Youngest Elite Male award was Shane Paredes, while the Youngest Junior Male was Tyler Tejeda.

The Youngest Female was Nicole Gallego.