Our concern for Nicaragua 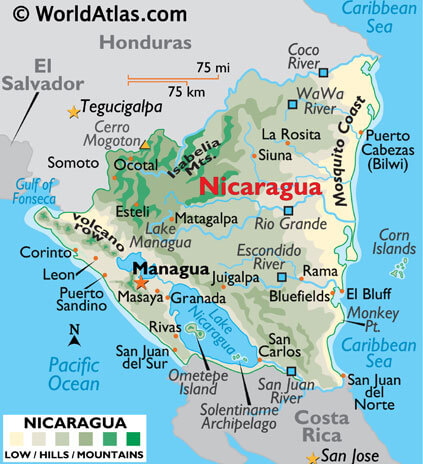 It is very difficult to imagine how terrible the human conditions must be today, Tuesday, November 17, on the eastern coast of Nicaragua near Puerto Cabezas. Within two weeks, a Category 4 hurricane, Eta, and a Category 5 hurricane, Iota, have hit the same area, within 14 or 15 miles of where the other struck. And, by Jove, hurricanes are not supposed to become organized as late as November month. (We’re not even talking about COVID-19.)

Nicaragua is a very poor Central American republic, perhaps the poorest of the region, and Belizeans have a special connection with the republic’s Mosquito Coast (and Bluefields, where they speak Creole just like Belize’s Creole people) from where the Indigenous people used to send their kings to be crowned in Belize City’s St. John’s Cathedral in the early nineteenth century. The Mosquito Indians were allied with the British against the Spanish in this region. The reason(s) for this we really can’t say.

We do know that the terms of a Versailles Treaty in the 1780s between the British and the Spanish forced most of the British who had settled on the Mosquito Coast to relocate to the Settlement of Belize in the Bay of Honduras. That’s a story in itself.

Adney and Eve came here around 1787, where there was a controversy involving the fact that the established settlers in Belize were hostile to the Nicaraguan “refugees,” who were defended by the then Superintendent of Belize, the ill-fated Marcus Despard. And his story, and that of his colored wife, Catherine, is a tale in itself. But, another time soon for that.

The point we wanted to make in this essay is that American cable television cares first, foremost, and always about the United States and its citizens. They will not report adequately on the catastrophe in Nicaragua, because we are the people about whom Simon Bolivar and Hugo Chavez cared. Not Donald Trump, Jack.