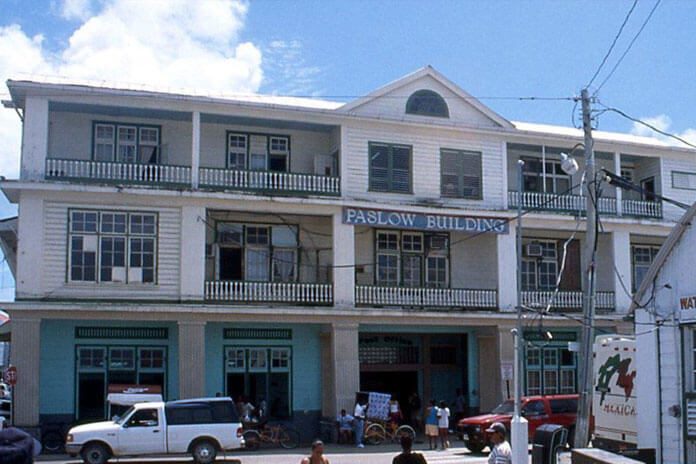 BELIZE CITY, Fri. Nov. 22, 2019– Paslow Building, named after a documented slaveowner, Thomas Paslow, who resided in Belize and committed many acts of atrocities on his unpaid laborers in his time, was destroyed by fire in 2002.

The building, located at the northern foot of the Swing Bridge, at the corner of North Front Street and Queen Street, housed a number of government departments, including the magistrate courts and the Post Office.

A new building is planned to be erected in its place, to be constructed under the House of Culture and Downtown Rejuvenation Project funded by the Government of Belize and the Taiwan International Cooperation and Development Fund (ICDF).

Activists, however, made it plain that the controversial name Paslow was never again to be used to honor a building in the middle of the city.

So, the Ministry of Tourism and Civil Aviation announced an online contest to name the new building, and the contest was won by police officer Eddie Middleton, with his submission of Belize Heritage Plaza.

Plans for the 2-storey building, to be completed in early 2020, are for it to house many different needs with respect to the tourism industry, and our heritage, including a parking lot.