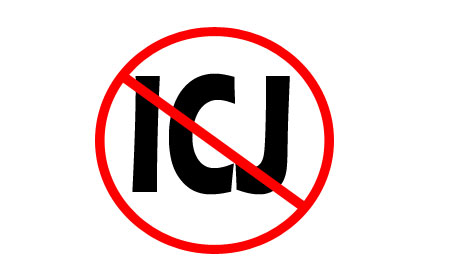 I WILL VOTE NO because… I am persuaded by Common Sense….

If a man comes to my door and tells me: get out of my way I have come to take over half of this house.  My great grandfather left his will giving to me every piece of land in Belize City on the southside of Collet Canal.

I will answer: Your grandfather never had the authority to give you what he never held or possessed.

He might answer:  Well, the Lord Bishop of Belize told him if he wanted it he could have it.

My very cross response would be: Haul your r… out of my house! Son, bring me my bow and arrow.

Actually, it is my fervent prayer that Guatemala and Belize would resolve their problem without any recourse to any kind of violence whatsoever, but I need to vent to disagree vehemently with the use of fear to seek to influence our decision.  It is really not becoming of a Son of the Baymen.

If he counters: Baymen!!!…  What do you know of the Baymen??

Sir, I will rejoin…

At the meeting on that fateful day in September, 1798, all the wood-cutters armed with machete and axe were there to vote with the white settlers a resounding NO! To take flight…  We will stand and fight!  May God have mercy on them and on us, his sons and daughters.

I, Paul of Belize, the last and final voice of Janus II and Belizean Stanislaus, now tell you this: …

I was born on Wagner’s Lane in Belize in 1938. All my youthful years I lived with black and Creole friends.  When I played I enjoyed the pranks and childhood exuberances of my Creole friends. I was so much like them that when my grandfather Eusebio Baron came to Belize, he would speak only Spanish to me.

I invariably answered him, tearing at his hair, in Creole and I still consider Creole my first tongue. And my best friend is a Creole. It is impossible for me to speak any greater endorsement of my Baymen-nese. I am a Bayman to the core of my being, and I profess love of this culture barring only, (if there be any) deviations from Western Civilization whose core is the values of Judaeo-Christian faith.

The preamble of the Belize Constitution talks to me not only of natural, physical, DNA rights, but also of spiritual DNA rights. It tells me that they are natural and God-given, and that they are inseparable from me.

In other words, my spiritual DNA entitles me to property and country, which I have developed first and which the world has recognized as mine.

I will not separate myself from my property or my country. God is my guarantee of both. No gun, no money, no court will separate me from my rights.