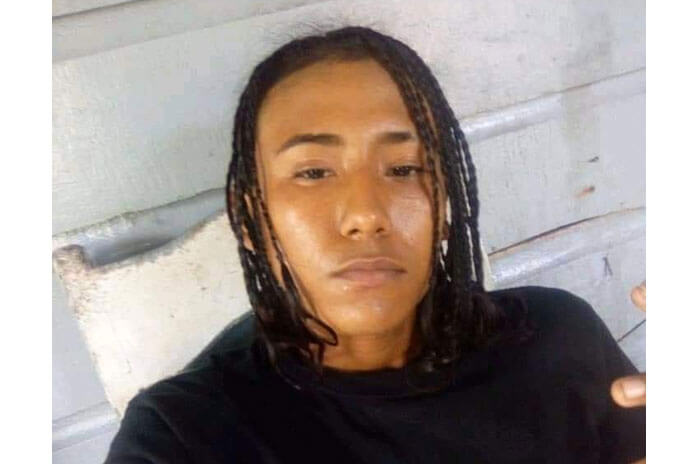 SAN ANTONIO, Orange Walk District, Sun. May 31, 2020– A pickup truck in which Raymundo Copo, 25, a laborer of Guinea Grass, Orange Walk District, and three others were traveling, skidded off the San Antonio bridge and into the Rio Hondo River below at about 7:30 tonight after the driver of the truck, which was heading from San Antonio to Santa Cruz, apparently lost control of the vehicle.

As a result, Copo was killed, and two of the other persons, who have not been identified, who were traveling in the pickup, were missing; reports are that one body was later found, and police are looking for the second body.

The fourth person, the driver, Alfonso Garcia, was able to swim out of the vehicle and go for help.

This is not the first time that such a deadly incident has occurred on the San Antonio bridge. In October 2018, Belize Defence Force staff sergeant, Francisco Paquil, drowned after his pickup fell off the same bridge, into the Rio Hondo River.

Paquil was driving over the bridge, going from Orange Walk Town to San Francisco Botes, Mexico, on the night of Saturday, October 13, 2018, when his vehicle went over the bridge.
On Saturday night, April 27, 2019, three men died when the vehicle in which they were traveling, which was headed in the same direction that Paquil was heading when he met his untimely demise, went over the bridge.

Information to us is that the three men —Oscar Portillo, 21; Efrain Martinez, 21; and Kelvin Augustine, 28, all of Ladyville, were traveling in a Toyota car that missed the bridge and plunged into the river below.

A man who was in the area saw what happened and quickly called police, but they were unable to save the men.