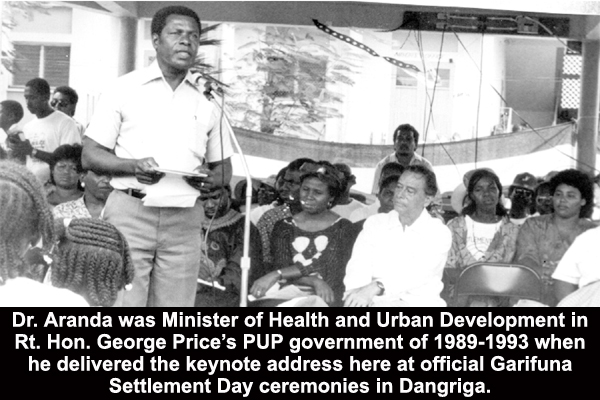 The Personal Identification Registration System (PIRS) is a system of immigration and national security control established to control the entry of persons into a country. It is often accompanied by presenting travel documents such as passport, and of late, by finger printing, photographing and scanning the immigrant at the border or port of entry. A key factor to the control is to welcome legal and desirable travelling non-nationals and to keep out or apprehend illegal and undesirable non-nationals, such as criminals and fugitives.

So far so good, as presented by Deputy Chief of Mission of the US Embassy, Margaret Hawthorne, International Organization for Migration, Delbert Field and the Minister of Immigration, Godwin Hulse.

However, the issue must be different and distinct when it comes to citizens of Belize coming back home.

I don’t know how the Ministry of Immigration understands PIRS, but last week, Thursday, July 11th upon the return of Belizeans on the 3:00 p.m. United Airline Flight at the Philip Goldson International Airport, the Ministry of Migration subjected those Belizeans to an embarrassingly humiliating treatment that they did not deserve.

Admittedly, there are many complex factors contained in and related to immigration laws and regulations, but my concern in this article is not how freely nationals of other countries leave and return to their own countries, but how Belizeans are treated by their own government when they leave and return to Belize. When Belizeans travel out or back to Belize, they do so not as non- nationals or non-citizens, but as Belizean nationals and citizens with all the rights, privileges and protection of citizenship. They simply are not non-national travellers and cannot be treated as non-nationals, who could be criminals and fugitives or could be suspected to be criminals or fugitives.

The Government should assert that without a doubt, Belizeans, as a people, are not criminals or fugitives. The Government should not flinch from the fact that, most certainly, Belizeans are respectable and upright citizens and members of the society endowed with all the rights, privileges, benefits and protection of our nation. And this holds firmer still for those naturally born in this country.

The Government therefore cannot subject its citizens to indignities, suspicions, scrutiny, scanning, fingerprinting and photographing when they return home to their country with a valid Belizean national passport or other travel document issued by that same Government of the nation of their birth and citizenship.

Nonetheless, that was exactly what the Immigration at the airport did. The valid Belizean passport they held was no longer enough as a travelling document to enter their country. They were no longer the respectable and upright citizens they presume themselves to be, but instead were subjected to test to prove that they were not criminals or fugitives.

Otherwise, they were not admitted into their home country. What would have been done to them if they refused the tests, only heaven knows. When they had been happy to land home, the Immigration of their country led the march to refuse them entry as the citizens they are.

That cannot be tolerated. If our Government and Immigration cannot devise a way to differentiate its respectable nationals and citizens from criminals and fugitives and not treat them in the same manner, the Government and Immigration need to show the thought process that went into the planning and implementation of the PIRS, or admit that the best and most efficient tools collapse in incompetent hands and mismanagement.

That Belizeans will travel out of Belize and come back home as freely as they choose is not the issue. The issue is that their Government does not treat them like criminals and fugitives when they return home, but instead, vigorously secure and protect their dignity and right to travel.