Home Headline PM Barrow is talking big to Guatemala’s President-elect - or is it...
Headline

PM Barrow is talking big to Guatemala’s President-elect – or is it election rhetoric? 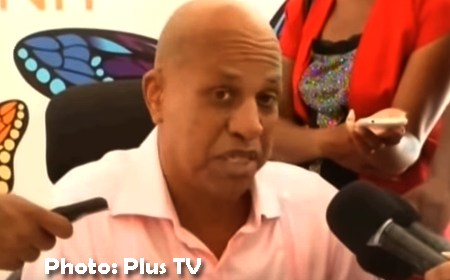 BELIZE CITY, Tues. Oct. 27, 2015–Prime Minister Dean Barrow made some macho, if not rhetorical, comments today when reporters asked him to comment on the remarks that the Guatemalan President-elect Jimmy Morales had made concerning the revival of his country’s claim to Belize during his presidential campaign.

In August, Morales told a Guatemalan reporter who had asked him, “Which Guatemalan historical event do you think is the most deplorable?”

In answer to the question, Morales replied, “The most deplorable event – among all the things that have happened in Guatemala. There are certain things that are not spoken about and which I believe we should. Everything that goes contrary to national unity and territorial integrity are things that should hurt us. Something is happening right now, we are about to lose Belize. We have not lost it yet. We still have the possibility of going to the International Court of Justice where we can fight [for] that territory or part of that territory.”

Morales’ remarks were made weeks after Guatemala had responded to PM Barrow’s self-described “strong protest note to the Government of Guatemala” in the wake of its aggression against the Belize Territorial Volunteers’ August 16 expedition to Sarstoon Island, which is Belizean territory.

In their response to the Belize Government’s protest note, Guatemala said categorically that it did not recognize Belize’s borders and that it provided “escort” to Belize’s military to and from its military post at Cardenas as a measure of “goodwill.”

That statement by Guatemala should have sounded alarm bells in Belmopan and the Ministry of Foreign Affairs should have begun to explore ways to re-internationalize the territorial dispute in the light of the stepped up aggression by Guatemala.

There was an opportunity to do so when Belize addressed the 70th United Nations General Assembly last month, but Foreign Minister Wilfred “Sedi” Elrington squandered that opportunity and engaged the world body in a speech dedicated to climate change.

The Foreign Minister, however, spoke about climate change without acknowledging the work of the Caribbean Community Climate Change Center that is based in Belmopan.

Prime Minister Barrow said that Government has prepared a letter to send to Morales: “As a matter of courtesy and with view of the special circumstances that attend the fact of our being neighbors and the fact that we have their unjust territorial claim to deal with, I am sending off a letter in which I am making plain that we remain committed to a peaceful resolution of the dispute,” he said.

Barrow commented: “Let me make something clear: Mr. Morales is a neophyte, he’s a novice. He’s pulled off a magnificent coup in winning these elections and winning these elections so handily, and for that he is to be congratulated. But he will learn that the kind of talk that we heard from him at the start with respect to Belize is absolutely unacceptable.”

Barrow went on to say, “Belize rejects that in its totality and if, as I believe will be the case, those around Mr. Morales will make clear to him that to proceed in good neighborliness with Belize, to proceed on the basis of respecting Belize’s territorial integrity, is the only way to go. If he realizes that—or let me put it another way—the sooner President-elect Morales recognizes that, the better we will all be. We want to live in peace, we want to continue to live in peace, we want to settle the problems peacefully; we want to do so by diplomatic means. We will not be bullied and Mr. Morales needs to learn that right quick. Belize will not be bullied.”

Well, Belize has been bullied for some years now, most obviously on August 16, 2015, and snubbed diplomatically, and the Barrow government was silent. Is the PM’s macho talk a pitch to those voters who might be distrustful of how the United Democratic Party Government has been mishandling Guatemalan aggression against Belize?