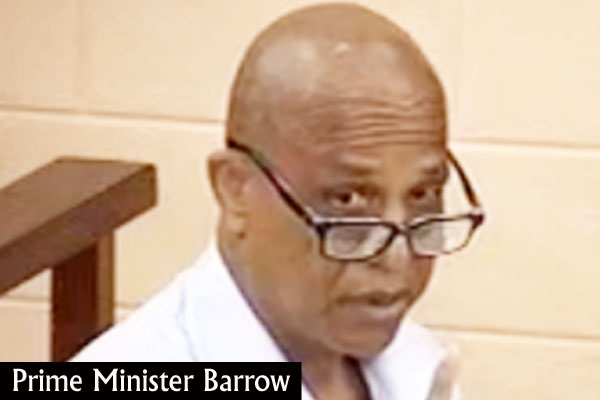 BELIZE CITY–The mills at the Tower Hill sugar factory remain dormant today since the disagreement between the local cane farmers’ association and the Belize Sugar Industries (BSI)/American Sugar Refineries (ASR) is yet to be resolved, but in an interview with reporters today, Prime Minister Dean Barrow, in continuing his role as mediator between the two parties, indicated that he believes that the long-running, sometimes acrimonious dispute might be quite close to a resolution.

The sticking point surrounds the thorny language in the most recent version of the agreement in reference to the role of the Sugar Cane Production Committee (SCPC), which is chaired by the Government and which can reject cane based on the quality.

Tensions rose when the cañeros found out that BSI/ASR wanted to replace that body with a Harvesting, Delivery and Control Unit (HDCU), which, the farmers contend, would have limited government oversight, and which would presumably be controlled by the factory owners.

It has delayed the start of the new crop season since late last week, and today, Prime Minister Dean Barrow told the media that he expects to hear back from BSI’s CEO, Joey Montalvo, on the way forward by midday today.

PM Barrow said, “To me, the single remaining point of contention is one that I feel can be resolved, and in terms of the conversation I had with Mr. Montalvo last night and again this morning just before 10:00, I say in very cautious fashion, that I believe we are closer to a resolution certainly than we were yesterday and over the weekend. I gave him the form of words that appear will satisfy the farmers. The two lawyers [for both sides], Michael Young and Chris Coye, were to ensure that they were on the same page where that is concerned, and of course, Mr. Montalvo needed to get, naturally, the authorization from his principals to proceed. He said to me that he hopes to have a definitive answer for me by noon today.”

As it stands currently, the offending sentence in clause 2.3 which refers to which entity has the right to determine cane quality has been removed, and, as the PM said, BSI is waiting to receive an approval from the American Sugar Refinery, but while there is more wait time for all stakeholders, Barrow is optimistic that an agreement signing will take place before the year is out and soon thereafter, a crop season will commence.

According to Prime Minister Barrow, BSI had overlooked the 2010 Memorandum of Understanding that first set up the tripartite method of industry oversight where it was first agreed that the SCPC would be the final judge, but if things go as he expects, the agreement can be ratified by the BSCFA’s directors, so there will be no need for additional emergency meetings in order for the entire BSCFA membership to approve the agreement again, as they already have done so.

Barrow also defended a government press release which was issued last week in response to the National Trade Union Congress of Belize (NTUCB)’s intervention in the muddle, but which also accused the BSI/ASR of bad faith in the process of the negotiations.

BSI’s Financial Controller, Belizario Carballo, reacted by stating that the company was “aggrieved” by that statement, and went on to denounce the accusations, as well as the NTUCB’s anti-BSI sentiments, but today, Prime Minister Barrow maintained that the company tried to “pull a fast one”, and proceeded to place the fault for the current delay squarely in BSI’s lap.

“That same press release was what we considered certainly, their effort to pull a fast one. I am sure they thought that they were really looking after their interest, but that’s the way we say it. They must have known that, as a practical thing, there were operational rules that did not coincide with, or were not consistent with, what it is they sought to introduce. So, I really think that they clearly have the fault for introducing that element which has now given the naysayers in the BSCFA a chance to try to unravel the whole deal”, Barrow asserted.

Later today, the lawyers for both sides are expected to settle on the language concerning clause 2.3, after which it will be reviewed by both the BSCFA’s 18 directors and the principals of ASR in hopes of the signing of a new commercial agreement in the very near future.