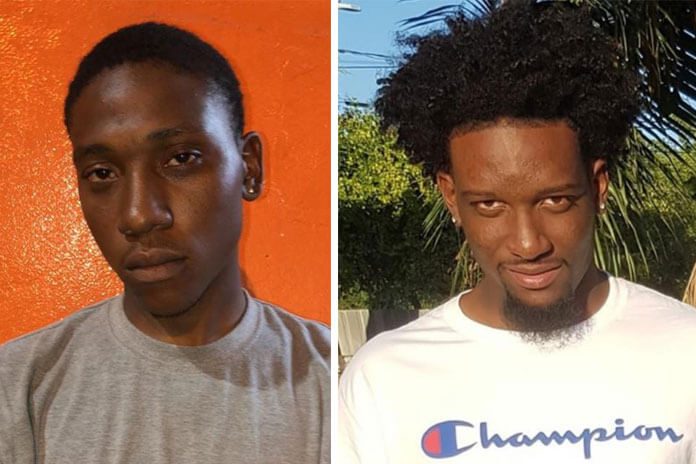 Kajoan Roches, 23, was shot to death on Ebony Street

Police said that Roches was visiting a friend of his and they were standing in front of his friend’s yard on Ebony Street, near its junction with Magazine Road, when two men who were traveling on a motorcycle from Central American Boulevard to Magazine Road on Ebony Street, stopped a short distance away after passing Roches and his friend, and one of the two men came off the motorcycle and fired a barrage of shots at Roches, who was hit and died almost immediately.

The killer then got back on the motorcycle and the two men drove down Ebony Street, towards Youth For the Future Drive, and disappeared.

Today, police announced that their investigation led to Adrian Swasey, 24, of Belize City. Swasey police said went to the Precinct 1 Police Station and handed in himself. He has been charged with murder and now awaits arraignment at court.

On our visit to the scene of the shooting, we saw about 12 bullet holes in the fence near which Roches was shot.

By all accounts to us from those who knew him, Roches was not a violent person and was not affiliated with any gang. He was very attentive to his appearance and was always neat. He was also friendly and loved to party. They don’t know why he was killed.