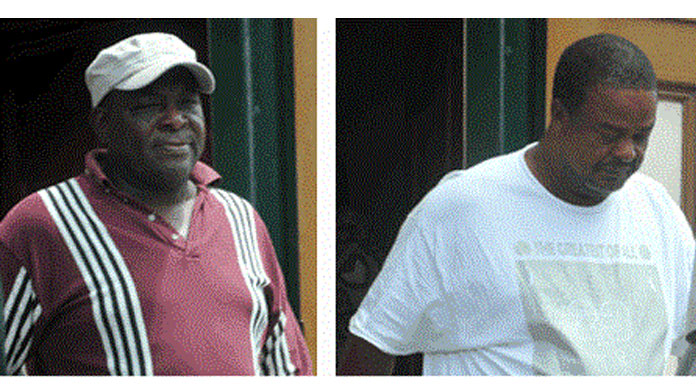 BELIZE CITY, Thurs. Feb. 13, 2020– Two police officers and two Mexican nationals who were charged in connection with the landing of a drug plane that was loaded with cocaine on September 9, 2018, Tres Leguas, Orange Walk District, were freed of the charges after their attorneys made no case to answer submissions this morning in the Orange Walk Magistrate’s Court.

The seizure of the drug plane with its load of cocaine was hailed as a spectacular success by Belize law enforcement officers.

With the capture of the plane and its cargo after a shootout with police, there was only one major hurdle left to cross and that was to secure conviction against those accused of being involved in the drug smuggling operation.

From September 2018, the case slowly made its way through the court system. A Mennonite man, Peter Friesen, who was initially charged in connection with the landing of the drug plane, was acquitted of the charges against him last May. Friesen was supposed to testify at the trial on behalf of the prosecution, but he never showed up to give his testimony on the witness stand.

The case against the four remaining accused got under way in the early days of January this year.

The evidence against David Chi, who at the time of his arrest was the Officer Commanding the Orange Walk Police Formation, came from Friesen. Three police officers gave testimony against the two Mexican men.

The case for the prosecution fell apart because of the improper method that the police used to gather the statements from the accused men, and the two Mexicans reportedly were subjected to a beat-down.

And instead of taking down the statements in the presence of a justice of the peace, as is required by the rules of evidence, police failed to do that, dooming their own case.

None of the police officers who worked on gathering the evidence for the case took the rules seriously, so in the end, their sloppiness caused the case to fall apart.

The case was prosecuted by Alifa Elrington, who heads the Police Prosecution Branch.