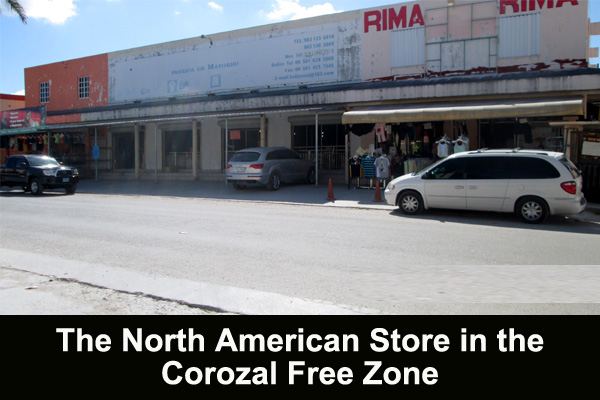 Four men from Corozal who police accuse of being the thieves who robbed Mexican national, Ricardo Villasenior, 48, a businessman of Las Flores Manzana, Calle Alcatraz, Quintana Roo, Mexico, in the Corozal Free Zone on Tuesday, February 25, and got away with the sum of $1,250,000.00 pesos in different denominations, equivalent to BZ$208,000, have all been arrested and charged.

Loria and Rancharan were charged with conspiracy to commit robbery. They were taken to the Corozal Magistrate’s Court on Thursday where they were offered bail of $15,000 each and ordered to return to court on May 6. They were able to meet bail.

Myers and Kelly were charged with robbery. They were offered bail of $20,000 and ordered to return to court on May 20. However they have not yet met bail, and remain in lockdown at the Corozal Police Station.

Ricardo Villasenior told police that at about 10:00 a.m. Tuesday, he was at the rear of the North American Store in the Corozal Free Zone, taking out his money from his car trunk to take into the store to pay for purchases when two men came up behind him. One was armed with a knife and the other, with a hammer.

Fearing for his life, Villasenior handed over the two bags of money containing a total of $1,250,000 pesos.

Villasenior managed to escape from the car trunk and made the report to police.

Assistant Superintendent Andrew Ramirez said that the men must have gotten inside the Free Zone via collusion, and that they were helped to carry out the robbery. He said that Benigno Loria was a former employee of the Free Zone employed at the North American Store where Villasenior was robbed.

So far the money has not been recovered, but police are still investigating. Ramirez said that the men did not resist arrest.