Police to set up permanent checkpoints to curb crime 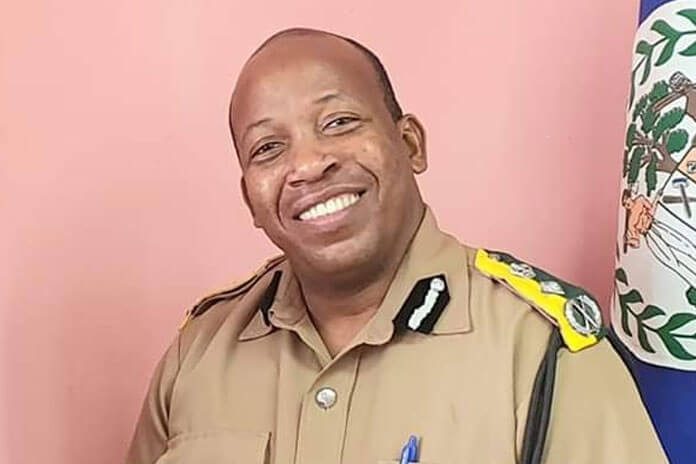 BELIZE CITY, Thurs. Jan. 2, 2020– Days before the New Year, a leaked memorandum from the Belize Police Department caused an uproar on social media when the public got wind of the methods that the police have planned to utilize at their checkpoints.

Commissioner of Police Chester Williams eventually admitted that there were “mistakes” in the original document and that it had been revised.

The gist of the matter, however, is that the Belize Police Department will be embarking on a new policing strategy to combat violent crimes. That strategy includes the erection of some permanent checkpoints at different locations around the country.

Commissioner Williams is of the view that the police checkpoints will reduce the occurrence of violent crimes, because in many cases those committing such crimes use the highways to move their victims to isolated locations.

“For far too long, our highways have been used by criminals to do as they please. We cannot any longer sit and allow the status quo to continue. We have to do something to be able to ensure that we police our highways in such a way that the criminal elements will not feel as comfortable as they currently are committing their crimes on our highways,” Commissioner Williams told the media on Monday, December 30, 2019.

The Commissioner of Police added, “And so because of this, we saw it prudent to implement new measures at our checkpoints. Let me make it clear that the checkpoints will not be done in such a way that it will impede the free movements of our law-abiding populace. And we are cognizant of the fact that there are a number of persons who commute to work every day and likewise we don’t want to impede their movements so that they will arrive at work late in the morning time.”

Commissioner Williams went on to explain that the Constitution of Belize protects citizens from arbitrary searches.

“And so, while it gives you that right, it also specifies limitations. And so having looked at Section 9 (of the Belize Constitution) and what it says in terms of any other law, I will now take you to Section 44 of the Police Act, which then gives the police the authority to search, without warrant, any person who the police have reasonable cause to believe or suspect is carrying any unlawful goods or items. We cannot arbitrarily search people, we have to ensure that there is reasonable cause to suspect that whoever will be searched is engaging in something illegal…,” Commissioner Williams said.

The information gleaned from the Police Department’s internal memorandum stated: “Police officers are to ensure that whenever they stop and search vehicles in which a group of persons are travelling, a full description and photograph of the vehicle is taken and documented. Likewise, all particulars and photographs of occupants in the vehicle gotten.”
Many of the comments in social media were focused on the fact that the Belize Police Department appeared to be embarking on profiling of citizens.

Commissioner Williams rationalized the new crime-fighting method by citing examples of persons who have disappeared and were later found murdered.

“Over the past years, we have had a number of persons who have gone missing, particularly from Belmopan and Belize City, and those persons would later turn up dead in other jurisdictions. Just to name a few, we have the incident with Mr. Foster, we have Ms. Roches, we have Ms. Coc, we have Mr. Bowman, we have Mr. Brooks, we have Mr. Gentle. We have the Customs woman who was kidnapped in Benque at one point in time and thankfully, police were able to intercept. And you have recently, the case where police caught five young men beating another man near Tapir Hotel in Belize City. That’s just to name a few. Because of the fact that we are seeing an increase in these types of activities, as the primary law enforcement agency in this country, we cannot sit and do nothing. We have to do something to be able to ensure that we police our highways in such a way that the criminal elements will not feel as comfortable as they currently are committing their crimes on our highways.” Commissioner Williams pointed out.

Commissioner Williams went on to say, “You know to every time these crimes occur, people normally ask the question—and rightfully so—what are the police doing? Why the police checkpoint never picked it up? And they are right. And so because of this, we saw it prudent to implement new measures at our checkpoints. We must also be mindful that separate and apart from the whole issue of persons going missing, there are other demons that are involved in the use of our highways. We have drunk drivers. I can tell you this year alone, we have had a number of traffic fatalities resulting from drunk driving. And we still have not looked at the issue as it relates to the transshipment of drugs and firearms into our country…”