Home Features PSU: Stand up and be counted!
Features

PSU: Stand up and be counted! 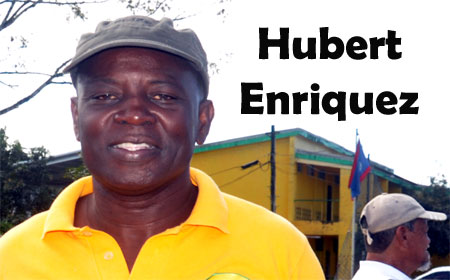 For a union to be effective in the service of its members, it requires administrative and technical staff and space where its members can hold meetings and socialize. Recognizing the special role that unions play in the socio-economic development of a country, progressive governments in the Caribbean and elsewhere have always moved to assist unions in their development plans.

Thus, unions in small countries in the Caribbean such as Dominica (66 thousand inhabitants as compared to our 375 thousand) own and are housed in multiple-storey buildings with elaborate facilities for their members. PSU Belize deserves no less, and must stand and insist on no less.

This was the objective and driving force of those union leaders who, in the run up to the 1998 national elections, approached the political parties with a proposal for funding of its national headquarters in Belmopan. The union had built houses for its members and was now seeking to acquire its own home.

The building would also double as a shelter for its members, from the districts, seeking refuge from hurricanes. Elaborate drawings and cost estimates were presented. The PUP under Said Musa offered the Hilltop property, and then chairman of Recondev, John Saldivar, offered a 3-acre parcel on the outskirts of Belmopan.

The PUP won those elections and made good on their promise to pass over the Hilltop property to the PSU at minimal cost and with the understanding that the facility would be developed for use by public officers and the Belmopan community in general.

The Hilltop property sits on 1.5 acres of prime land with great commercial value in the center of the capital city. It is in an ideal location for the development of trade union and union education activities. It is unfortunate that the union has not carried through on its initial development plans.

However, it is not too late. But a concerted effort must be undertaken by its over 2,000 strong membership that would enable it  to stay put at the property that it had acquired and occupied for over the past 18 years. It is clear that the property should never have been sold in such a cavalier and disrespectful manner by the Belmopan City Council.

Come on, PSU. You are a gigantic pillar of the union movement in Belize. You have had a long and distinguished reputation of standing up for Belize and what is right. The merits of your legal case may be arguable, but your membership and the solidarity of the trade union movement is a great political force to be reckoned with.

You are the second oldest public sector trade union in the Caribbean region, and will celebrate your centenary in a couple years. General elections are around the corner. This is not the time to be intimidated by the opponents of unionism, but an appropriate time to educate your membership and display that indomitable fighting spirit that has so often characterized the struggles of the trade union movement in its quest for betterment of its members.