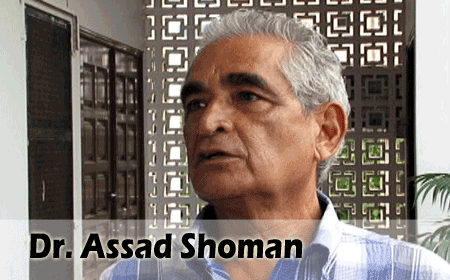 His removal is as a direct result of his controversial remarks made at the BNTU’s “Stand Up for Belize” forum held on Friday, August 15, 2016, in Benque Viejo.

“I have my own established views on the subject, which are not necessarily shared by the PUP, a party that I used to belong to but I left in 1985,” said Dr. Shoman.

“I’m not a PUP; I’m a socialist and they are a capitalist party,” Dr. Shoman further stated.

In his candid interview with Amandala today, Dr. Shoman’s replacement, PUP Senator Eamon Courtenay stated that, “you can’t say you are representing a party but you are not a part of that party.”

Courtenay also added that he was always the party’s representative. However, when the Washington meeting came up, he was away and so the Party Leader, Hon. John Briceño, had asked Dr. Shoman to serve as an interim representative for the People’s United Party.

Dr. Shoman, who has been actively involved in negotiations to settle the Belize-Guatemala border dispute since the era of Rt. Hon. George Price, was the chief architect of the “Confidence Building Measures” initiative and a lead negotiator in discussions with Guatemala. It is now left to be seen what the impact will be of his absence in this quickly escalating territorial dispute between Belize and Guatemala.