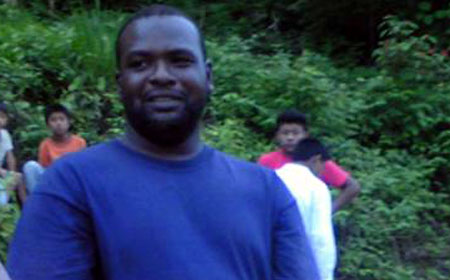 PUNTA GORDA TOWN, Thurs. June 25, 2015–The alcalde (mayor) system, which has been accepted as a form of local government, exists in certain Kekchí and Mopán Maya villages in Belize, and was designed so that an elder, a respectable citizen of the community, could serve as a village leader and role model.

Since there is no police presence in many of those villages, the alcalde – who has the right to judge disputes over land and crop damage – would be called to settle a dispute or even a fight, and in minor cases, the alcalde has the authority to try, and punish offenders.

That system, however, has now come under fire from critics who argue that oftentimes, it is exploited to racially discriminate against Belizeans of other ethnicities who venture to take up residence within those indigenous communities.

Such was the case last Saturday, June 20, when Rupert Myles, 37, a Black Belizean who had recently moved to Santa Cruz, Toledo District, with his Mayan common-law wife, Maria Cal, was handcuffed and bound with a rope after a confrontation with the residents of that community.

Myles later described it as a case of racial discrimination and accused the leaders of Santa Cruz of violating his rights, while the villagers maintained that they were simply enforcing their communal land rights based upon at least two letters sent to him previously, asking him to remove his dwelling from an area known as Uxbenka, which the Maya leaders say is a designated archaeological site, and a sacred site.

The news quickly spread like wildfire across the country, igniting a series of discussions in which many have been questioning the nature of Myles’ arrest, as well as the circumstances surrounding his eviction.

Punta Gorda police arrested eleven villagers during a pre-dawn raid on Wednesday morning, along with the outspoken activist and spokesperson for the Maya Leaders Alliance (MLA), Cristina Coc, who was charged for orchestrating the detention of Myles, and by the time they were escorted to court later that day, a large gathering of indigenous Mayan supporters, as well as a handful of black Belizeans from Punta Gorda Town, had convened outside the courthouse to witness their arraignment, and some, to stand in support of the villagers.

That led to a volatile situation in which the Mayas were heavily criticized as being racist and of overstepping their bounds as it relates to indigenous customary law; however, Program Coordinator for the Maya Leaders Alliance, Pablo Mis, told us outside the courthouse that they have documented complaints against Myles, who, he asserted, had been breaking community rules for months prior to the incident.

He said, “The community has documented a chain of outcry to the authorities for support to ensure that this individual complies [with the system of customary law], but authorities failed to act.”

The situation reportedly began in October of last year when Myles said that he tried to follow their customary laws to become a member of the village through the respected means, which included formally applying to the Village Council Chairman and the Alcalde, paying his fee, and getting that permission, which Myles claimed, was completely rejected, not on its merits or lack thereof, but simply because the village leader didn’t want any Black men living in the community.

Santa Cruz villagers alleged that Myles destroyed portions of the sacred Uxbenka site when he bulldozed a hill that forms a part of it in order to get road access to his house, in addition to burning vegetation and illegally building other structures on the land without their permission.

In their defense, Mis explained that Myles was “merely restrained and detained for threats that he has given against the community, for being very disrespectful, and being a bully” at a village meeting to discuss the matter on Saturday, and that once the situation was resolved, he was released, which is “really what the community were asking for from the beginning.”
He added that the detainment of the villagers represents the struggles they face in their progression as indigenous peoples and shows that they are being targeted by the Government.

“We will bend, we will sway, but one thing they won’t do is break us…we have always stood together as a community and it’s unfortunate that this is what it came to,” he said.

While Mis remained steadfast in his stance, we spoke to two of his critics who cited that discriminatory practices are common, but muzzled, within the Mayan indigenous communities.

Linda Smith, who is a mixture of Creole and Garifuna, told us that she does not believe that it is right for anybody to be tied up and dragged through a village because that is a violation of human rights.

“Many things have happened; teachers’ houses have been burnt down because they don’t want them in the villages, but these things are muzzled and we don’t get a chance to talk about it,” she mentioned.

A Mayan woman who said that she lives in San Antonio Village, Toledo, gave us a gripping account of an experience that she had after deciding to return home after moving out of the village.

She said, “They came to my place where I was renting and asked me to pay $500 to come back to San Antonio. I told them that I want to see where in the Constitution of Belize that I should have done so, and they could not show me anything, but it was because my husband is a Hispanic, even though I was born there (in the village) and lived there. They made me go in front of the whole village and tell them about my life, and still, when my husband was standing outside a church in the village, one of them stabbed him with a piece of glass. We made a police report, but nothing happened, because they let go the guy [who did it] and two weeks later, the same guy stabbed my husband again.”

Of note is that the issue of ownership and governance of communal lands in the Toledo District came to the forefront in January of this year when Toledo resident, Joseph Estephan, got involved in a confrontation with Cristina Coc at the Mayan Leaders Alliance Office in Punta Gorda Town.

Estephan recorded a portion of the exchange in which he challenged Coc about the constitutionally enshrined rights of all Belizeans to move freely within Belize after being told that he had been banned from one of the Mayan villages in that district.

Yesterday, the East Indian Council of Belize issued a release stating its position in regards to the situation involving Rupert Myles. The Council said that it has been keeping its eyes on situations in which “Belizeans of color that live in Mayan communities have been discriminated against and come under physical attack by people of those Mayan communities.”

The Council added that the recent incident involving Myles highlighted a situation that has prevailed for a very long time, and it condemned the action of the villagers of Santa Cruz against Myles.

The Council then called on the government to scrap the alcalde system, and also called on the Mayan villagers to cease their actions.

Today, the Toledo Alcaldes Association (TAA) responded and released a statement in which they decried the arrest of the Santa Cruz villagers and reiterated that Myles had “ignored repeated requests to remove the structure [which he had built] and caused irreparable damage to the Uxbenka Maya sacred site, and complained that Myles had threatened to use a firearm against villagers when he was approached regarding the situation, which is why they had to restrain him.

“…Punta Gorda police, the Belize Defence Force and the Belize Institute of Archeology were informed about the situation and requested to be present on the 20th June at a Santa Cruz village meeting. Also, immediately after detaining Mr. Myles, the nearby police sub-stations were also sought for assistance, without response. Mr. Myles was not physically harmed, as he has claimed”, it read.

In order to address the matter, the Toledo Alcaldes Association and the Maya Leaders Alliance have requested a meeting with the Government, and added that they have reported the incident to the United Nations and other international human rights monitoring bodies.

Of note is that a relative of Myles has indicated that Myles actually has Mayan ancestry through one of his grandparents, but we were unable to contact him to confirm that.