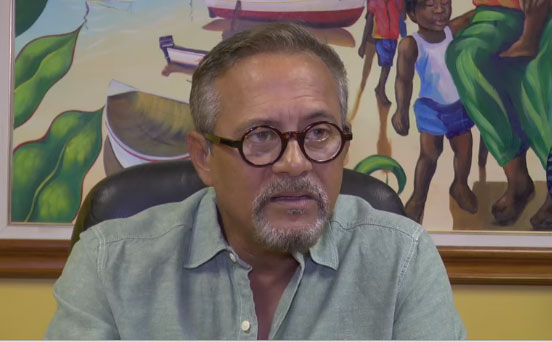 BELIZE CITY, Thurs. Feb. 20, 2020– The legal battle between the Elections and Boundaries Department and the Belize Peace Movement, the Belize Progressive Party, the Vision Inspired by the People, and as of late, Lord Michael Ashcroft, continues. As previously reported, this case regarding the redistricting of the thirty-one electoral divisions has significant implications for the upcoming 2020 general elections.

The concern of the claimants (i.e. the Belize Peace Movement, et al.) is that the disparity in the size of the constituencies breaches the Constitutional requirement that they must be as close in number of constituents as possible, which is far from the case.

Despite efforts by the claimants to have this rectified before the upcoming general elections, however, the chairman of the Elections and Boundaries Commission, Doug Singh, has told the media that ensuring the equal size of all constituencies prior to the upcoming election is both impossible and unrealistic.

Singh stated that after the formation of the team, a sensitization campaign had begun wherein himself and the Chief Elections Officer, Josephine Tamai, spoke to entities such as the Belize National Teachers Union (BNTU) and other parties, but the general reaction was that the voter re-registration process should take precedence.

“There was quite a kickback to say, that no, don’t do re-divisioning, do re-registration,” stated Mr. Singh.

Singh further said that he did not agree with this suggestion because, at that time, the number of registered voters was roughly 208,000, but after re-registration, this figure would change and would not accurately reflect the voters list, especially in urban areas where constituents are slower to register. This could lead to future problems for the Elections and Boundaries Department when trying to begin the redistricting.

This prediction may have come to fruition, as now, only about 75% of that number is currently registered, according to Singh.

“Today, there is only about 75 or 76% of the people that were registered at the end of the last election. So, we only have about 75% of people who have numbers on the voters list. Is that an adequate basis to do a redivisioning at that point in time, when it is highly likely that between now and the next general election, there are going to be large amounts of people reregistering to vote for the general election, who did not choose to register before?” remarked Singh.

“Those people will not be part of the re-divisioning exercise, and once again you could end up with extreme unbalances as a result of those people going out and registering to vote. The reason the commission advocated for the re-divisioning when the base was larger, was because it felt that it had a recent snapshot of how many people came up to vote in what constituencies, and how many people were registered in those constituencies,” he said.

The decision, however, was still made to proceed with the re-registration. Subsequently, the referendum campaign began, followed by village council elections, which all played a role in the delaying of the redistricting process.

During that time, the commission apparently sought feedback on how to proceed with the redistricting initiative from both UDP and PUP representatives of the commission, the latter of which have yet to provide a response, said Singh.

Given the close proximity of the general elections in November, and the current political atmosphere which could lead to the Prime Minister calling general elections at any given moment, the chairman asserts that the redistricting cannot happen before November of 2020.