3 others charged in connection with Derrick King’s murder 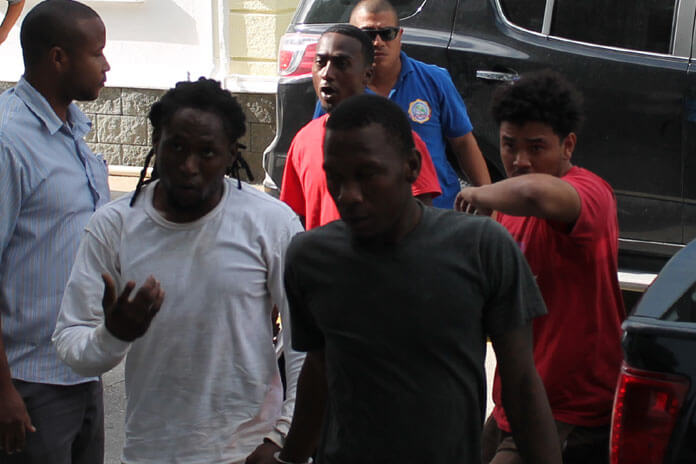 BELIZE CITY, Fri. March 20, 2020– The alleged killer of Derrick King, 21, an employee of Bowen and Bowen who was shot and killed about 3:15 p.m. on March 18 at the corner of Orange Street and West Street, has been arraigned, along with three others who were charged with conspiracy to commit murder.

Smith was charged with murder, while Novelo, Green and Middleton were charged with conspiracy to commit murder. They were all arraigned on the charges when they appeared today before Senior Magistrate Aretha Ford and were remanded until May 18.

King was making deliveries for Bowen and Bowen when he was caught, in a crossfire between rival gangs. His side man, Haywood Brown, was also shot, as well as two other persons: Francine Wade, 48, and Clifford Oliver, 38.

Smith, who had been on remand for murder from 2013, recently got his freedom when he was freed of the charge on January 29, 2020, after a nolle prosequi was entered. The murder charge was for the fatal shooting of Frank Neal.