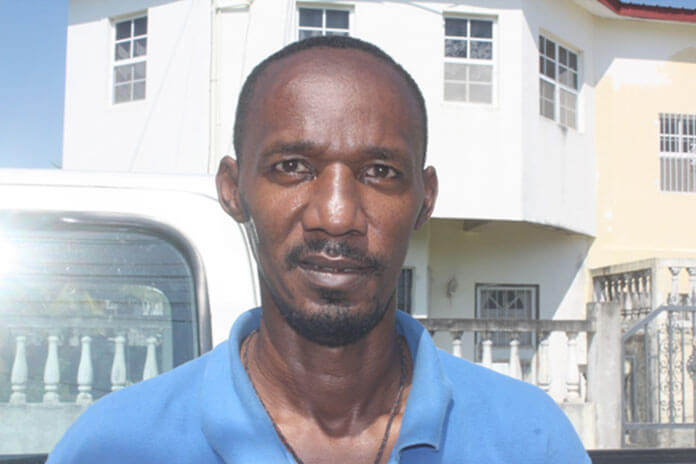 BELIZE CITY, Sun. June 7, 2020– After a long and painful battle with complications due to diabetes, former star defender with 5-time national football champions Juventus, Eian “Coco” Henry succumbed on Friday, June 5, at the KHMH where he had been confined for over two weeks following surgery on a badly infected knee. Coco received no amputation, but he confided to us in our last communication before his admittance to KHMH, that he thought he was on his last leg due to multiple organ failure, as a result of diabetes. A true warrior to the last, the once great footballer, who just turned 48 in February of this year, spent his last few months bedridden, but still enjoyed the sports action on his TV. Coco was a fan of all sports, and would often share his knowledge of past events with KREM’s Press Sports Show, of which he was an ardent listener. As recently as April 28 of this year, Coco had shared a June 1, 1997 Amandala headline clipping with us, along with his recollection of what he considered to be the greatest performance to date by a Belize football club in CONCACAF competition, and as well the most outstanding individual performance, by his teammate Norman “Tilliman” Nunez, in the same game, where Juventus beat Espana, 4-1, and Tilliman netted a hat trick.

(Incidentally, we had submitted that story for our May 1 edition, but with a drastic reduction in the paper size due to shortage of advertisements, the story apparently had to be shelved. And I guess it got lost in the working-from-home Covid-19 confusion, as I just realized (we couldn’t find it online) that it hadn’t been printed. Hopefully, we can get it in this week’s edition in honor of Coco.)

The Kremandala family joins the football community in sharing their grief and extending our sincere condolences to all the relatives and friends of one of Belize’s outstanding past footballers and national team player; rest in peace, brother Eian “Coco” Henry.