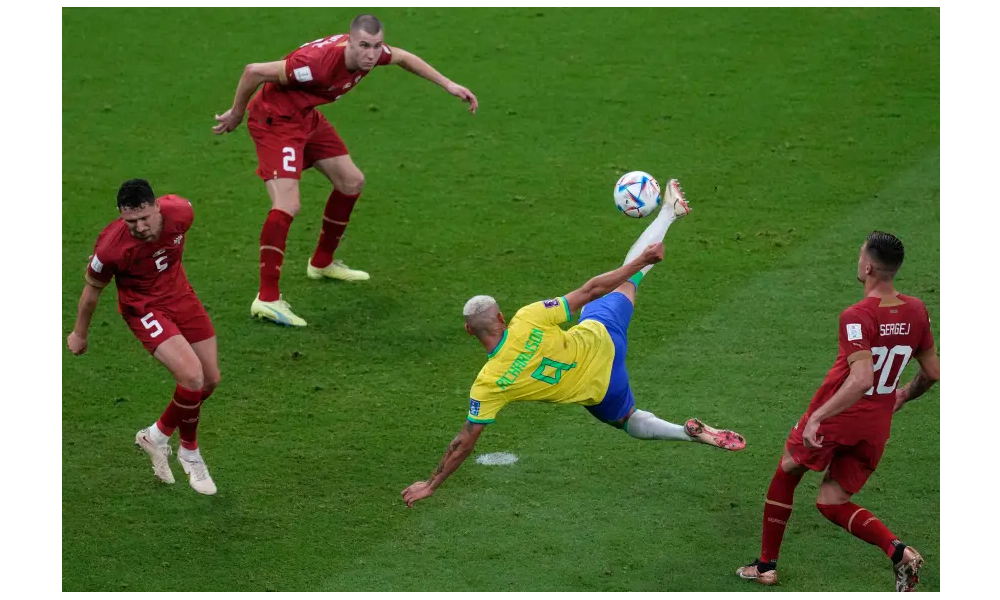 We have another entry for goal of the 2022 World Cup.

Richarlison put Brazil up 2-0 on Thursday with a stunning bicycle kick in the 73rd minute against Serbia for his second goal of the game. The ball control and the finish were simply sublime for the Tottenham Hotspur striker. It will be hard to come up with a better goal.

Salem Aldawsari’s go-ahead goal for Saudi Arabia against Argentina had been the leading contender for the World Cup’s best goal going into Thursday, but Richarlison likely has it beat.

The Brazilians were knocking on the door for a long time before Richarlison converted his first in the 62nd minute. It didn’t take long after that for the second, stunning, goal.

The Selecão’s afternoon went according to plan against Serbia, with a dominant performance leading to three points and a successful World Cup opener. Brazil comes into the tournament as one of the favorites, and this performance will do little to deter that.

The Brazilians dominated possession, shots on goal and eventually beat the Serbians going away. They’ll go to the top of Group G alongside Switzerland, which beat Cameroon 1-0 in the early game on Thursday.

With a 2-0 win, though, Brazil lead on goal differential.