No “road map” on Senate hearings until perhaps middle of January 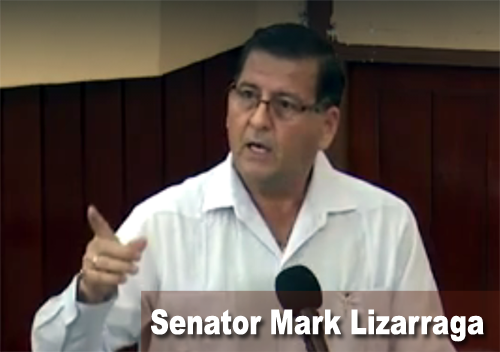 We are all “at a loss” as to why the Police Department has not taken any action yet, said Senator Lizarraga

BELMOPAN, Cayo District, Wed. Dec. 6, 2017–After months of probing, the Senate Special Select Committee today held its final session to investigate the findings of the special audit of the Department of Immigration and Nationality for the period 2011-2013.

Auditor General Dorothy Bradley was the last person to testify in a session that lasted no more than an hour.
After her exit, our newspaper spoke with the acting chairman of the committee, Private Sector Senator Mark Lizarraga.

When we asked, “what next”, he responded, “Well, the first thing is we are going to take a much-needed break. We are meeting again on the 13th, the second Wednesday in January, I think, to decide and chart our way forward.”

He added, “The committee will be meeting with its attorney and we are going to come up with a draft schedule and a draft plan for the way forward. We haven’t gotten there yet, we are still tangled up with the hearings, but we know that we now move to a new stage.”

According to Lizarraga, the committee will examine the evidence and determine what it will include in the final report.

“Of course, there is always an opportunity for a minority report if individual senators feel differently from the majority of senators,” he explained.

When we asked whether there was a projected date by which a draft copy of the report would become available, Lizarraga was unsure because there is simply too much to process.

“As you know, I think we’ve had over 40 hearings; we’ve had several en camera, off-camera discussions, so to speak, in private. So, trust me, it’s voluminous; we have quite a bit of testimony. And no, I don’t have an idea; the committee has not set targets, per se. We just have to look at what it is that we want to include. I think that we will probably all take some time to write down the highlights, the areas that we want to make sure are highlighted in the report and then we go from there, but sometime around the middle of January we will have an idea, at least a road map.”

Via various mediums the public has been clamoring for those who have been involved in illegalities and irregularities inside the department to be brought to justice.

When we asked Lizarraga if he, too, believed that persons should be reprimanded if found to be in violation of the laws, he replied in the affirmative.

However, he was at a loss as to why the Police Department has not yet taken any action.

He added, “The Commissioner of Police himself came to us and admitted that he didn’t know about certain things. So we asked him for certain things that we are still awaiting. We sent him two letters, as a matter of fact, requesting information that he promised when he was here. We’ve not gotten it. It concerns us, and I think it’s going to be featured in the report as to why have we not seen more action from the police.”

According to Lizarraga, the buck must stop with the administration, which is to ensure that the Ministry operates with the required resources.

However, it is the people that must pressure those in leadership for change, he explained.