Ryan Gillett, 24, charged with the attempted murder of Adrian Myvette, 28 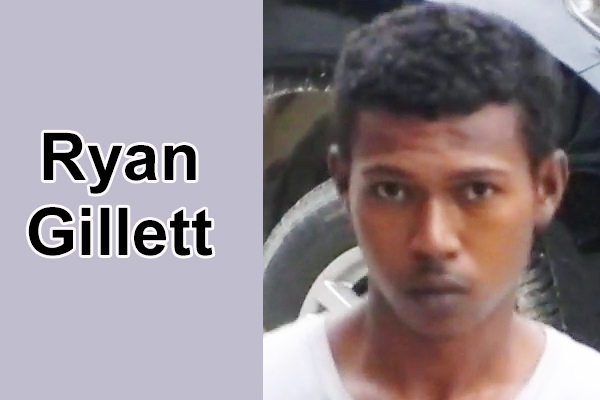 Ryan Gillett, 24, a caterer and wine maker of Gabb Estate, Burrell Boom, was remanded to the Belize Central Prison this evening after he was charged with attempted murder, dangerous harm and use of deadly means of harm.

According to police, at 11:30 p.m. on January 4, 2014, Adrian Myvette, 28, a construction worker of Burrell Boom, was riding his bicycle on Mussel Creek Road in Boom. As he rode his bike, someone approached him from behind on a motorcycle and fired several shots at him.

Myvette suffered injuries to the right side of his abdomen and the left side of his chest, and was transported to the Karl Heusner Memorial Hospital, where he remains in a critical condition.

Police believe that Gillett is the person who committed the shooting and he was taken into custody yesterday.

Gillett had no lawyer when he appeared in court this evening and no pleas were taken from him since the charges are indictable, and the case will be heard in the Supreme Court.

He was remanded to the Belize Central Prison and is scheduled to appear back in court on February 19, 2014.