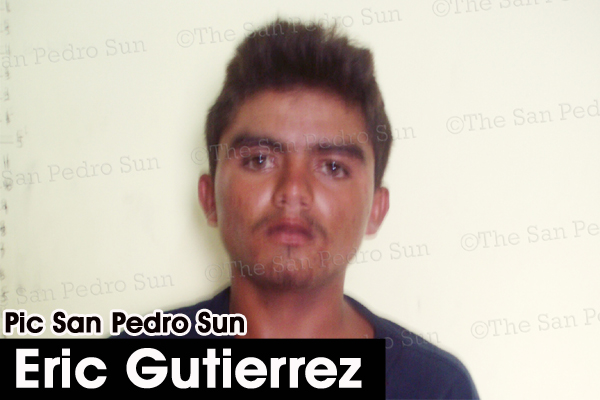 Police say Eric Gutierrez, 21, broke into one woman’s room, forced her into another room with two other women, and raped them all

A San Pedro Ambergris Caye man has been charged with raping three women early Saturday morning, September 7, at about 3:00, at their rented room in an apartment building on the island.

Eric Gutierrez, 21, a labourer of Pescador Drive, San Pedro, was taken to the San Pedro Magistrate’s Court on Wednesday, September 11, and remanded until October 28 on three counts of rape, grievous harm and aggravated burglary.

Two of the women told police that they were sleeping in their apartment on Pescador Drive when about 3:00 Saturday morning, they were awakened by a knock on their door. When they opened their door to see what was happening, Gutierrez, whom they knew, was holding another woman with a knife to her throat, and he pushed the woman into their room.

The woman was a 25-year-old Guatemalan who was a tenant in the same apartment building. Gutierrez, with a butcher knife in his hand, ordered the three women to take off all their clothes.

One of the women refused to undress, and Gutierrez stabbed her in her leg, the women said. Fearing for their lives after the stabbing, the women complied with his demands, and they were raped in turn. After raping them, Gutierrez, they said, walked out of the room.

The Guatemalan woman, for her part, told police that she was sleeping in her room when Gutierrez broke into her room and dragged her out at knifepoint to the other women’s room.

The woman who was stabbed in the leg was treated and released. At the end of the examinations, the doctor who conducted the exams concluded that the women indeed had been raped.

Police began an investigation, and Eric Gutierrez was picked up on Monday and identified by the women as the man who had raped them. Gutierrez was detained over the September 10 holiday, and on Wednesday, September 11, was taken to court, where he was remanded.

According to police, they had picked up Gutierrez on two previous occasions after two different women had come forward to report that they had been sexually assaulted by him, but the women had not requested court action against him, and he was released without being charged.