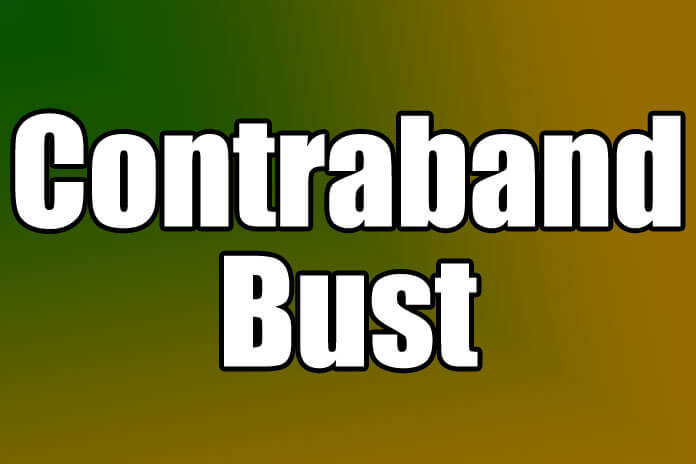 SAN VICTOR, Orange Walk District, Wed. May 20, 2020– This afternoon, Customs Department officers conducting patrols in San Victor, a village located just across the Rio Hondo River from San Fransisco Botes on the Mexican side, a known hot spot for contraband activities, came under attack from villagers when they tried to arrest the drivers of two vehicles that were entering the village, loaded with goods believed to be contraband that was smuggled in boats from Botes.

The Customs officers said that when they tried to arrest the contrabandistas and confiscate the goods, they were confronted by persons in the village, who gathered stones and other objects to throw at them, causing them to retreat before they were injured.

Despite the hostilities towards them, the Customs officers did not retaliate. Instead, the officers retreated from the village and the contrabandistas got away with the illegal goods.
This is not the first time that contraband smugglers or villagers who support them, have attacked Customs personnel and police officers as they try to perform their duty by arresting the smugglers.

In September 2019, police were patrolling in San Victor when two trucks loaded with contraband from Botes drove up. Police said that they intercepted the vans and tried to arrest the smugglers, but the people in the area attacked the police by throwing objects at them, which shattered the windshield of the police vehicle, and hit two policemen in the head.

Police retaliated, however, and fired at the rogues, and two of them were hit in their legs. They were arrested and charged with aggravated assault and damage to property. Police then became aggressive in the area.

Commissioner of Police Chester Williams calls on members of the community not to go to Mexico or Guatemala. The borders which separate Belize from the two countries have been closed in an effort to combat the spread of the COVID-19 virus, but the illegal activities of the contraband runners are posing a great threat, since they could unknowingly import the virus into country during their illegal activities in Botes, since there are a large number of COVID-19 cases in Mexico.