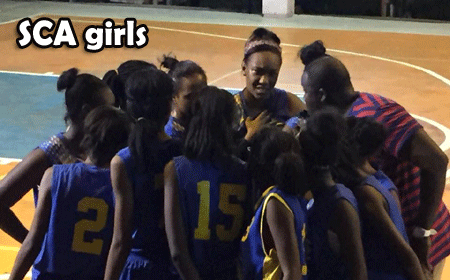 Game 2 of the Finals took place on Friday. In the female contest, SCA had a much harder time, but managed to secure the 22-20 win and the championship over Maude Williams. Tricia Jefferies had 8 pts for SCA, while Ashley Bailey and Arika Sheppard netted 7 pts each for Maude Williams.

The male Finals game 2 was another nail biter, but again it was Gwen Liz pulling out the 74-73 victory and the championship over Sadie Vernon. High scorers for Gwen Liz were again Keyvon Evans 25 pts and Aaron Young 14 pts; while Sadie Vernon’s Glency Lopez led all scorers with 32 pts, and Darnel Galvez added 19 pts in the loss.

SCA girls and Gwen Liz boys will now represent the Central Zone in the upcoming high school basketball Nationals which take place this weekend in Corozal.