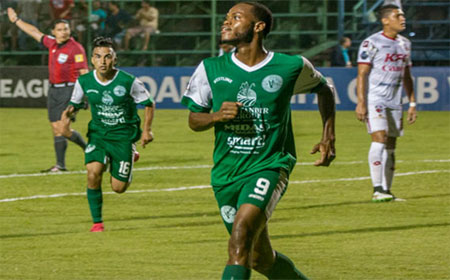 Concacaf.com–MIAMI, Monday Oct 19, 2015–The 2015/16 Scotiabank CONCACAF Champions League’s group stage concludes with three consecutive, days of games starting Tuesday.  Since the competition has been on extended break since September 24, CONCACAF.com gives a tip of the hat to the Week Five’s most noteworthy happenings.

Here are observations from around the region:

Week Five will be one to remember in the history of Belizean football as host Verdes FC recorded its first-ever SCCL victory (after five all-time games), defeating Panama’s San Francisco, 2-1.  It was appropriate that Belize international forward Deon McCaulay — the joint-top scorer in 2014 World Cup Qualifying with 11 goals – was the night’s star.  The 28-year-old netted both goals (19’, 88’) to complete the comeback win.  With another win (or even a draw) at San Francisco on Thursday, Verdes will clinch second place in Group C and could equal table-topping Queretaro with seven points.  The Mexican side, though, has already secured advancement to the quarterfinals thanks to having the advantage in the head-to-head tiebreaker.
D.C. United continues unique unbeaten streak

D.C. United rallied from three goals down to force a 3-3 draw at Montego Bay United in Group H, extending the Major League Soccer side’s unbeaten streak in SCCL group stage matches to 12 (eight shutouts registered over that stretch).  United’s last loss in a SCCL group stage encounter came against visiting Toluca, 3-1, on August 26, 2009.  In its last, 14 SCCL matches overall, D.C.’s only setback was suffered at Alajuelense in the 2014/15 quarterfinals.

Tigres registers first SCCL away win
It appeared that Tigres would remain winless in five all-time SCCL away outings until Nigeria international Ikechuwku Uche (64’) broke a 1-1 stalemate in his competition debut, lifting the Mexican side to a 2-1 victory over host Isidro Metapan.  Jose Francisco Torres (23’) gave the visitor a 1-0 lead, but the Jaguares leveled through a Josue Odir Flores (35’) penalty kick.  Tigres also continued its streak of scoring at least one goal in each of its nine all-time SCCL games.

Seattle Sounders set attendance record
The Seattle Sounders were impressive on the field and in the stands while sealing a place in the quarterfinals with a 3-0 win over the visiting Vancouver Whitecaps.  Lamar Neagle (33’, 47’) scored a pair of goals and received cheers from the 37,624 fans at CenturyLink Field, the largest attended group-stage match in SCCL history.  The total eclipsed the previous mark (37,106), also set by Seattle in a 2-1 win over Honduras’ Olimpia on August 19, 2015.
(Amandala Ed. Note:  This Thursday, October 22, Verdes FC will be in Panama for their rematch against San Francisco FC.)