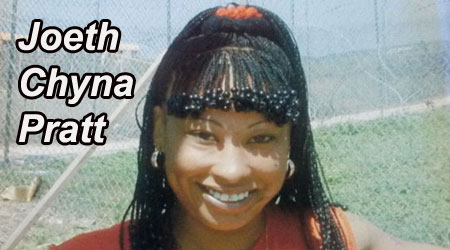 MEDINA BANK–The search for Lords Bank resident, Joeth Chyna Pratt, 38, a truck driver employed by Cisco Construction Company who has been reported missing since Tuesday, November 4, has so far been fruitless.

Presently, a search party consisting of the police, elements of the Belize Defense Force, workers of CISCO Construction Company, and rangers of TIDE, continue searching in the Medina Bank area of the Toledo District to find her.

The chief security officer of CISCO Construction told the media that at about 12:30 Tuesday afternoon, Joeth Pratt drove away in her truck from the company’s compound in Belize City, and since then, she has not been seen or heard from, except for being spotted by a farmer in the Medina Bank area at about 4:30 p.m., and she reportedly was in the vehicle in a feeder road, just sitting, smoking a cigarette and looking through the windshield.

By the time the farmer returned, she had disappeared, and the vehicle was left bogged in the feeder road.

The farmer alerted the police in Toledo, who went to Medina Bank, where they found the vehicle. They checked the vehicle and confirmed that it was the blue Dodge pickup that was the vehicle that Pratt had been driving, but she was nowhere to be found.

Pratt’s personal documents were scattered in the area and tracks from the bogged vehicle led towards the river, which is about six miles away.

CISCO Construction was alerted and the vehicle was recovered and taken to the company compound in Punta Gorda.

The search for Joeth Pratt is now being carried out in the river with boats from TIDE (Toledo Institute of Development and the Environment), which will be doing spot checks on the river and its banks, in conjunction with the land search being carried out by a large group.