US Senator Visits the Jewel 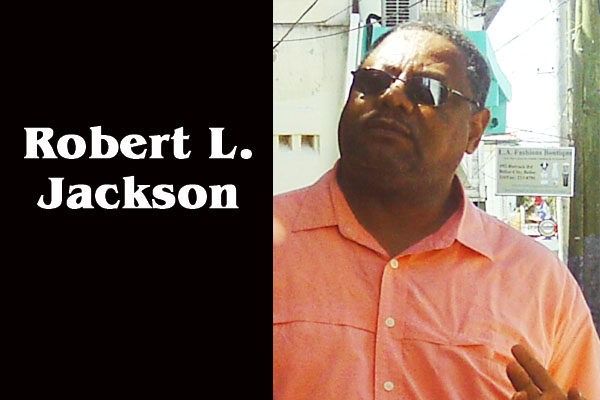 A member of the US Senate was in Belize today. Robert L. Jackson, a District 11 senator in the Mississippi State Senate, made a short visit to the country. He was at a lunch meeting this afternoon at the headquarters of the Belize Credit Union League on Victoria Street in Belize City, where he met with the stakeholders in the credit union sector.

Jackson told Amandala that he has a friend, Cynthia Ellis, who lives here and with whom he’s been working on community-based developments. The senator became aware of the country through Ellis, who he said is very informed, and whom he considers a mentor with whom he can discuss things that are taking place in his community or in his personal life. When he had an opportunity to come here for a short vacation and to visit the islands, he made arrangements with Ellis, a Belizean who has worked on cooperative-based initiatives locally and abroad.

Jackson said that he decided to come to Belize partially because of his friendship with Ellis, but also because he’s never been to this part of the world, so he took advantage of the opportunity to take a trip when it became available. He told us that he sees the visit as an opportunity to get to know new people and commented that through this process locals and visitors can get to learn about each other and to see how they can be of service to each other.

After Senator Jackson left the luncheon, he took a short walk to take a look at the Liberty Hall on Barrack Road. This is where Marcus Garvey is said to have stayed when he visited Belize in 1921. He said that he pays attention to black culture and history, and Marcus Garvey is a person whom he learned about while growing up, but he had never had an opportunity to encounter remnants of Garvey’s journey in places where the leader had actually set foot.

Jackson mentioned that he has been enjoying the Belizean culture and local life. The people are fantastic, he said, and he went on to say that he’s learned a lot in the little time that he has been here.

In regards to politics, Jackson said that people need to elect individuals who have proven themselves as candidates, who will advance the voters’ agenda and who will keep the people involved.

Apart from visiting Liberty Hall, Senator Jackson also requested to visit one of the Maya ruins, which he described as “pyramids”.