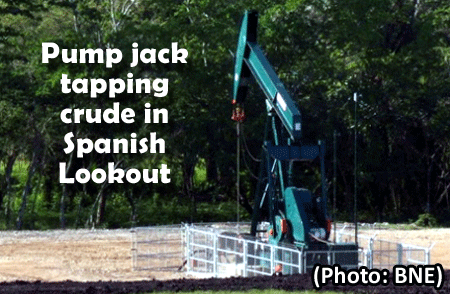 BELIZE CITY, Tues. Feb. 14, 2017–The only commercial oilfield in Belize has been found and developed in the Spanish Lookout community – the largest settlement by acreage in the country of Belize and home to roughly 2,000 Mennonites.

Chairman of the village, Erwin Thiessen, told Amandala that the community has been paid royalties by the Government of Belize, but they also have an agreement with the producing company—Belize Natural Energy (BNE)—under which they are paid for the use of the community’s roads, which form a private network, as well as surface rent for lands which BNE uses to access crude and pipe it to its storage and distribution facilities.

Henry Letkeman, a pro-development tech expert who has served on the village’s petroleum board for the past 7 to 8 years, told our newspaper that they have been enjoying a “happy coexistence” under their arrangement with BNE. He told us that they have not had any major environmental issues and BNE has effectively dealt with spills, which he said have been minor.

According to Letkeman, the community has always produced its own power, and since BNE has been supplying limited amounts of fuel to the domestic market, they have been purchasing fuel to drive power generation in their village. He told us that the savings have allowed them to produce electricity at a rate comparable to the national provider – Belize Electricity Limited (BEL). He said that when the community learned that the crude discovered in Spanish Lookout was clean, the community invested millions of dollars in a system which they purchased from the Bahamas.

However, the Spanish Lookout community is aware of the fact that the oil bonanza is over; that production has waned substantially, and that the reserves are nearing depletion.

All of Spanish Lookout is privately owned, and according to Letkeman, they residential area spans about 3 miles by 6 miles, while the farmlands extend well beyond that.

The Spanish Lookout community contributes to the national economy by producing, among other things, chicken and corn for the domestic market.
According to information supplied to us by the Statistical Institute of Belize (SIB), the population in the village (based on the 2010 census) is 2,253 persons, 1,956 of them Mennonites, 197 of them Mestizos, 31 of them Caucasian, 46 of them mixed and 23 of other ethnicities. Almost 70% of the population is under 30.