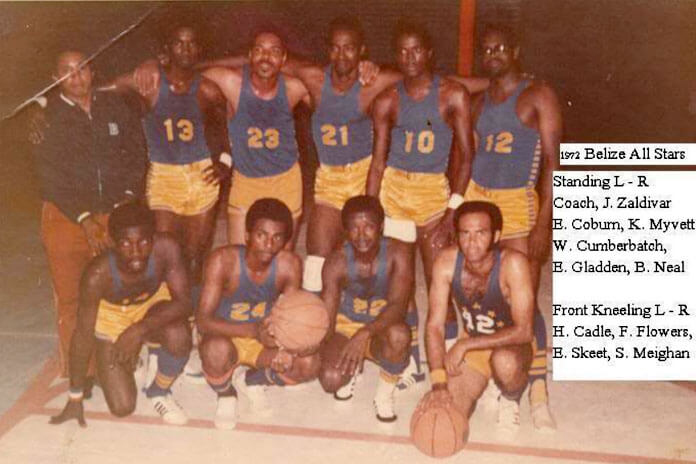 BELIZE CITY, Mon. Mar. 30, 2020– As indicated in our “1972 football flashback – Amateur Sporting Club (ASC)” story in last Friday’s issue, we invite corrections of the historical details from other individuals who were there or otherwise recall the events referred to in regard to the picture we presented. It is often the case when we look back on past events of long ago, that different people remember different things, or we remember things in a different way. Some memories fade, and some get distorted with time; but, as more of us contribute to the discussion, our memories become refreshed, and we can eventually get the solid facts settled and recorded.

Already, a couple brothers have offered some assistance with names and other aspects not mentioned about that sports/cultural expedition, and another gave his take on the number of football games played and the results. We hope to hear from more of you, as we take this COVID-19 down time to make a stroll down our sports memories lane.

Basketball legend, Evondale “Coby” Coburn reminded me that there was also an All Star basketball team as part of the 1972 contingent to Agua Dulce. Coby was a part of that team, and provided the above picture. He also gave us the missing names from the ASC football picture. First, he said that “Hashi” Ferguson’s first name is Goldburn. “He is Jr. His pops was the 1942 & 43 Cross Country champ.” Much thanks, Coby!

Of course, we all knew that Hashi is the older brother of both Noel “Flying Fargo” and Valentine Ferguson. Hashi was a star on the Barracks, a “big striker,” a few years before his little brother rose to fame on Charger. Coby added that “Hashi lives in Brooklyn, NY.” Big-Up, good health and best wishes, Big Hash!

The other name Coby gave us was: “Cas (he was a police at the time) is in the back row next to Canalete.” I now recall the brother, Norman “Cas” Castillo, who was then a star forward (left wing?) on the Police Invaders team.

I had to correct Coby’s notion that it was an All Star football team, though, that travelled to Agua Dulce that year. Myself, Russell Vellos and “Ratta” Bood were then young rookies with ASC, and neither were any original ASC members at the time a part of the All Belize Selection. The additions that strengthened the ASC team for that trip included: Wilfred “Palmer” Davis, Norman “Cas” Castillo and Edward “Thor” Middleton from Police Invaders; Clarence “Willie” Williams, Ernest Jones, Rupert “Canalete” Anderson and Philip “P.C.” Eusey from champs Landivar; and Goldburn “Hashi” Ferguson and Harrison “Plum Jaw” Joseph from, I think, Toyota Cruisers.

Coby’s picture of the All Star basketball selection that formed part of the 1972 contingent to Agua Dulce, Vera Cruz, Mexico, stirred some exciting memories of epic confrontations between Dunlop and Carnation in the CYO tournament at the old St. Ignatius court.

I know that Hubert “Butty” Neal played center for defending champs, Dunlop; and Frankie “Fadeaway” Flowers was a star on sub-champs Carnation. Former Dunlop captain, Jaime Saldivar, who lost a leg in the 1971 sports accident, was coach of this All Star basketball team.

Maybe Coby can give us more details about the individuals on this 1972 All Belize basketball selection.

It is sometimes amazing to me, how time can wear away some memories, and still some stay with us as clearly as if it was yesterday. I can still remember the waning moments of the last game in Agua Dulce, where I sat on the “bench”; and when it was almost over, manager Hubert Bradley turned to me and said, “Go teck wahn lee knock, Charlie.” With only about five minutes remaining in the game, I had mixed feelings. I guess my hard work and discipline was being rewarded with some encouragement; but it was no vote of confidence in my ability to make a difference in the game. I was initially angry; but then I thought, he was being real. I took the field and gave it my all.

With no clarity of memory on the subject, I had been going by what Suda (Luis Sutherland) related to me a couple years aback, that we played one game and drew 2-2. I seem to recall a 2-2 draw, or maybe it was a 2-1 loss, against Seccion 22 of Agua Dulce in our last (or only?) game. Salo (Solomon Usher), who had playing time and was much more up front in the action, insists that we played 3 games, and didn’t advance in the tournament.

Who else recalls those games? Your input would be sincerely appreciated.

Incidentally, I witnessed none, and heard little about the performances of our basketball selection on that trip.

And what about our Bob Reneau dance girls, and the Mighty Lord Rhaburn Combo? What was the reception like over there; anybody recalls?