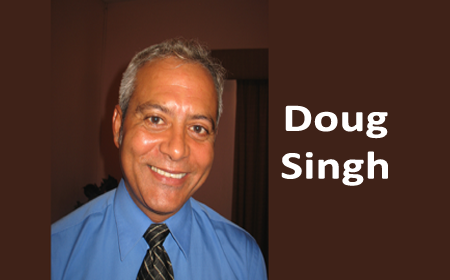 BELIZE CITY, Fri. Feb. 24, 2017–The Social Security Board (SSB) intends to purchase $55 million in utility shares, following the reopening of an offer from the Government of Belize which was abandoned last year. The offer is being reintroduced as the new budget year approaches, and amid a possible default on the February payment of the super-bond, with a next big payment to the former owners of Belize Telemedia Limited (BTL) becoming due in just a few months.

Around June of last year, when the arbitration tribunal which ruled against the Government handed down an award of nearly half-a-billion dollars to the former owners of BTL, the Government had signaled that it would divest of some of the shares in the utility companies to help settle the tab.

An offer was made to the SSB but the Government withdrew it. At the time, the offer was for $40 million in BEL shares and $15 million in BTL shares, to net $55 million, and another $5 million in utility shares would have been offered separately to the public.

The purchase has been recommended by the SSB’s Investment Committee, and the proposed investment has to be published for two consecutive weeks in the newspapers.

Meanwhile, the Government’s shareholding of 63% in BTL and 37% in BEL would be reduced as a consequence of the sale. However, the SSB shares and the shares held by the Government of Belize are counted as Government-held assets by virtue of constitutional provisions, well-placed sources told Amandala, so, according to these sources, the Government would still remain in control of the utility companies.

We note that the SSB also holds minority stake in a third government-owned utility, the Belize Water Services Limited (BWSL), but Singh said that there is no offer for the SSB to purchase shares in BWSL. That was never on the table, he told us.

By virtue of its shareholding in BTL and BEL, the SSB already holds two seats on the boards of those utility companies. Singh told us that the additional seat which would be obtained from further investments in the companies would be designated for the social partners. He told us that a representative of the Belize Business Bureau already sits on BWSL’s board; that person is Lourdes Smith, so the unions and the Belize Chamber of Commerce and Industry would be offered the seats on the utility boards.

In speaking with the media recently, Prime Minister and Minister of Finance Dean Barrow said that although the Government had recently toyed around with the idea of making a larger offer to “institutional investors”—referring to banks and insurance companies—the Government would not proceed with that plan.

Some have speculated that a public offering could have opened up the door for the Ashcroft Alliance via a company such as the Belize Bank to repurchase shares in BTL at less than the price which the arbitration tribunal had mandated the Government to pay them, at BZ$5.6547.

“I think we are going to limit ourselves merely to the sale of the additional shareholding to SSB. Nobody can have any quarrel with that,” Barrow told the press.

Last June, on announcing the final arbitration ruling against Belize, Barrow told the press that after the initial sale of $60 million in utility shares, “…there will still be a little more headroom for selling additional shares in BEL, and a lot more headroom for selling additional shares in BTL. We anticipate being able to raise another $75 to $100 million if we go that way, so that borrowing for the Award will be greatly lessened as a result. Of course, we would need to decide whether it is not preferable to hold on to the shares and use the dividends to service GOB borrowing to pay compensation.”

The Government is required to meet the final payment towards the arbitration award (almost BZ$200 million) around June/July this year. Since last year, it has been raising money to pay the award through the domestic offering of Treasury Bills and Notes.