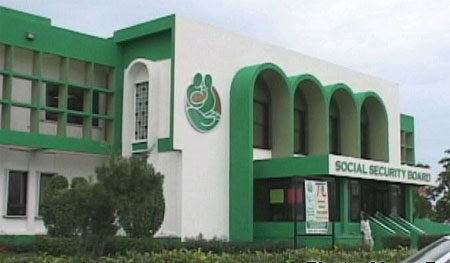 BELMOPAN, Thurs, Dec. 31, 2020– On Thursday, the Social Security Board (SSB) formally announced that the increase to the contribution rate and wage ceiling that had been scheduled for January 2021 has been deferred.

The announcement of the deferment of the increase was first made by Prime Minister John Briceño during his New Year’s Day message. A press release from the SSB states, “Prime Minister, Rt. Hon. John Briceño, announced the approval by Cabinet for a postponement on the final increase with consideration given to the current state of the economy as well as the potential negative effect on employment in the near future.”

In January 2020, another increase was made: the contribution rate was increased by an additional 0.5%, resulting in a new rate of 9%, and the wage ceiling increased to $480. These rates will remain the same, since, as stated earlier, the additional changes scheduled for 2021 have been deferred until future notice due to the economic impacts of COVID-19.

“We have consulted with the actuary of the Social Security Board, who has advised that we can defer the dual increase of the ceiling and contribution rate scheduled to begin in January 2021.

“Therefore, as the Prime Minister and Minister responsible for Social Security, along with Cabinet, we decided to postpone the increase in payments due in 2021,” PM Briceño said in his remarks.