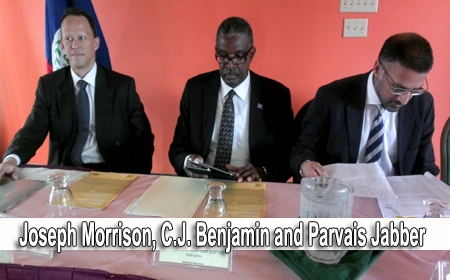 BELIZE CITY–Belize continues to rank among the top ten countries with the highest incarceration rates in the world. Even more appalling is the fact that a third of the country’s prison population is made up of young men awaiting trial behind bars, some having lost their freedom without a court conviction for as many as 7 years.

This is deemed to be an atrocious miscarriage of justice – one which has members of both the bench and bar gravely concerned over the ripple effect that this shocking reality has had on the erosion of public confidence in the country’s justice system.

Latest information received today from the Kolbe Foundation, which manages the Belize Central Prison, indicates that 580 prisoners are currently on remand, constituting 37% of inmates who total 1,574 at today’s count. The budget for each inmate is $13.25 a day, and so it costs the Government and ultimately, taxpayers, $2.8 million a year to keep these prisoners on remand.

The plight of Belize’s prison inmates is the focus of a report released on Wednesday morning, November 27, dubbed Behind the Prison Gates: Findings and Recommendations from a visit by Joseph Middleton to Belize Central Prison.

At the launch of that report, Belize’s Chief Justice Kenneth Benjamin said that the most pressing matter the judiciary has to address is the staggering remand population, and the extent of pretrial delays.

“We note that about 25% of those on remand have been on remand for more than two years. So it is not inescapable that there has been a decline in the public’s confidence in the legal system, and of course we hear that expressed loudly on a daily basis. So I think when I tell you that the system needed radical change, you could not but agree with me,” Chief Justice Benjamin commented.

Generally speaking, it is more expensive to keep a young person in prison than to send a young person to school. We crunched the numbers and found out that detaining those 150 or so young persons for 2 years comes at a price tag of roughly $1.5 million – funds which would be better spent sending hundreds more Belizean youth to school, at a cost of a few thousand dollars a year.

Benjamin pointed to a common hurdle which many young people face: the fact that in order for them to secure bail, they or their families, who tend to be poor, are required to pay certain fees even before they can approach the court to be considered for release.

The problem of lengthy remand is also experienced by young people housed at the Wagner’s Youth Facility, also managed by Kolbe.

“I was taken aback that a petition for bail can only be made after a fee is paid,” said Chief Justice Benjamin, adding that it is “wholly unsatisfactory that the state imprisons you and you have to pay a fee to secure your freedom.”

According to the Chief Justice, “in other jurisdictions, that is not the case,” and he announced that he has been canvassing the Attorney General to change this requirement.

Eamon Courtenay, SC, president of the Belize Bar Association, who likened the launch of the report to the birth of a child that needs nurturing, said that it was a pleasure to work with the Death Penalty Project of the UK, to bring the report to life, and he issued an appeal “to all attorneys to have a sense of social justice to help those who need” legal assistance. He said that the report, Behind the Prison Gates, provides a platform for Belize’s attorneys to give back to society.

Joseph Middleton, a human rights barrister of Doughty Street Chambers, UK, who was commissioned by the Death Penalty Project back in July 2013 to write the prison report unveiled today, echoed Courtenay’s call by extending an appeal to his colleagues in the Bar, especially his younger colleagues, to put their shoulders to the wheel as well.

Audrey Matura-Shepherd is one of the attorneys whom Courtenay recognized at the launch for her work in helping to balance the wheels of justice, in assisting youth who run into trouble with the law. She told us that parents are usually required to come up with in excess of $200, including filing fees and transportation costs, to have inmates transported from prison. Some of them simply don’t have the money, she lamented.

The concerns expressed by the Chief Justice for young inmates on remand were echoed by Middleton.

“It’s clear that the delays that have been happening, and I’m afraid, continue to happen, are bad for everyone: They’re bad for the protection of fundamental rights; they’re bad for the presumption of innocence and the notion that you don’t lock people up in prison for very long periods of time when they haven’t been taken to court and the evidence against them hasn’t been tested, when they haven’t been convicted of any criminal offence; but it’s also terrible for the people of Belize, who care about the criminal justice system, and who want people who commit crimes to be prosecuted and to be convicted and to be punished, because the longer the delay, the less likely it is that anybody will be prosecuted… because witnesses will forget what they have seen, documents will be lost, witnesses won’t even be found and can’t be brought to trial, so people who have committed offences won’t be brought to justice. So it’s bad for everyone. These delays are in some cases very striking and very disturbing,” Middleton said.

“There are long pre-trial delays in Belize, particularly in murder cases. These have caused very long remands in custody – in some cases, up to seven years. Delays of this kind violate fundamental rights; they undermine the prospect of successful prosecutions and thereby, undermine confidence in the criminal justice system. They are also a waste of public funds,” the report, Behind the Prison Gates, said.

Parvais Jabbar, co-executive director of The Death Penalty Project, said that for the last 20 years, they have provided free legal representation to those facing the death penalty all over the world, and they have worked to identify miscarriages of justice and to highlight significant failures in the system leading to fundamental human rights violations against the mentally ill and young offenders who lack resources to preserve their rights.

Jabbar said that in July 2013, the Death Penalty Project commissioned Middleton, a leading human rights barrister in the UK, to visit the Belize Central Prison and produce a report on his findings with particular focus on persons on death row, the mentally ill, young offenders and those on lengthy remand. In July 2014, they hosted a roundtable jointly with the Belize Bar Association. The launch of the report today is the final stage of that process and the recommendations outlined in the report are already being implemented.

“Urgent action needs to be taken to address these fundamental human rights issues within the Belize criminal justice system and we understand that a number of recommendations are already being initiated.This in itself is a positive move in the right direction,” Jabbar said.

CJ Benjamin also said that all the recommendations, which appear on page 20 of the report, will be “taken on-board in large measure and will be institutionalized in the criminal justice system.”

The Chief Justice also announced this morning that, “work began, in earnest, in February 2014 to overhaul the criminal justice system.”

He said that both the UK and the US have funded a criminal justice advisor who has been very hard at work, and in the very near future, they expect to unveil substantial changes to the criminal justice process, to take effect by the start of 2015.

He also announced that they intend to ring-fence all old cases and treat them separately, while assigning a judge to specifically handle new Belize City cases starting the next term of the court. 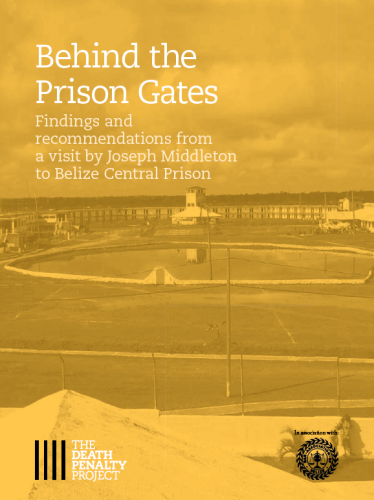