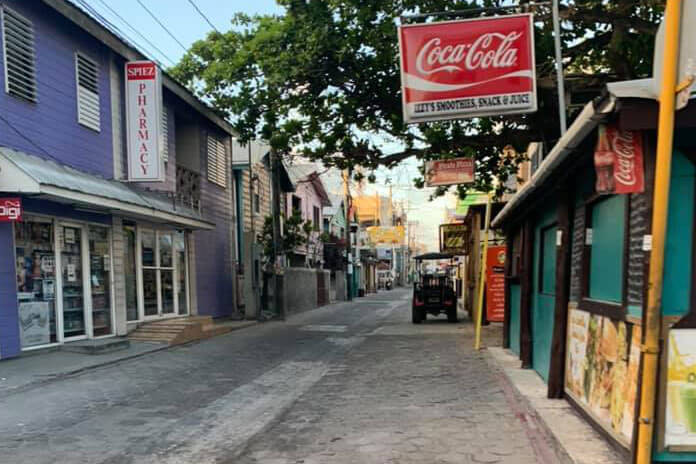 SAN PEDRO, Ambergris Caye, Wed. Mar. 25, 2020– The second Belizean who tested positive for the much feared coronavirus is the mother of a San Pedro woman who recently was confirmed to be the first person in the country to test positive for the virus. Both persons are currently in San Pedro.

The daughter flew into Belize last Thursday from Los Angeles. The announcement that she had tested positive for the virus was made on Monday during a press brief held by Prime Minister Dean Barrow, and in the wake of the announcement, a state of emergency was declared in San Pedro for 72 hours, during which no one could enter the town, nor leave. The entire island has, in effect, been quarantined.

After Prime Minister Barrow made the announcement today that there is another case of COVID-19 (coronavirus) in San Pedro, he informed the public that the Ministry of Health would undertake extensive mapping and that the state of emergency in San Pedro would be extended for one month.

During this period, the quarantine of the town continues, and various efforts at social distancing (such as limiting the number of persons allowed into stores) are being taken, among other measures, to combat the spread of the virus.

Reliable information to us is that supermarkets, bakeries and pharmacies were open and people lined up to enter the establishments, and that police were in the area to ensure social distancing, to prevent overcrowding, and to ensure that everything went smoothly.