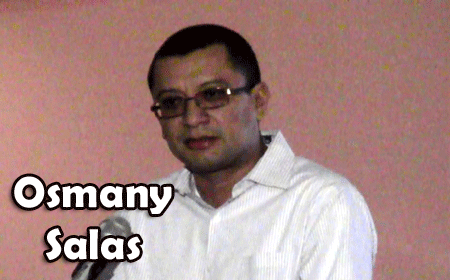 BELIZE CITY, Wed. Jan. 13, 2016–The Belize Tourism Industry Association (BTIA) won an important claim in court today, when Supreme Court Justice Courtenay Abel ruled that the Department of the Environment (DOE) did not follow the letter of the law when it approved the Environmental Impact Assessment (EIA) for the Norwegian Cruise Line (NCL) Harvest Caye cruise port and docking facility in southern Belize.

The legal battle, spawned by the BTIA’s application for judicial review of the manner in which the government hastily approved the NCL’s project, has been ongoing for two years. The project is scheduled to be launched this year.

Justice Abel, in a two-hour long session in which he read his decision, said the DOE had failed to follow the procedure in the public EIA notices. The judge declared that the EIA rules had been breached and he expressed the hope that his judgment would deter any future violations.

Justice Abel also noted that the government did not comply with the legal requirement to publish notices in the local media. He said that the ads published in the Amandala and The Reporter newspapers were not sufficiently repeated so that the public could be afforded adequate opportunity to submit comments, suggestions and criticisms.

The BTIA’s judicial review, however, only focused on the procedures that the DOE did not follow before approval was given to the NCL project, but it did not call for the court to stop the project, which reportedly is about 70 percent completed and set for inauguration later this year.

The judgment is, therefore, declaratory in nature and apart from the scolding from the bench, the government and NCL got off with only having to pay $50,000 in court costs awarded to BTIA’s attorneys.

Following the hearing, the BTIA president Osmany Salas told reporters: “We are very happy with the way this went, with the decision made. I think the point is made in the court ordering that the Government of Belize bears all costs to us; it is a vindication of our efforts, so we are very pleased with the decision.”

Salas added, “This case was about the future. As the Chief Environmental officer pointed out, the Harvest Caye project was among the top three dredging projects in the country, in terms of scale and magnitude. We are also pleased that the judge pointed out that this was not to be seen as merely an academic exercise: there were major matters of principles that needed to be considered.”

Salas added that, “The message to GOB and to the DOE is that you need to fully perform your legal obligations in relation to projects… It was a firm message to them, that you must carry out your obligations properly.”

Attorney Godfrey Smith, SC, who represented the claimant, said: “The BTIA has made it clear from the beginning [that] it wasn’t about stopping the project. They were saying to DOE and to (NEAC), the National Environmental Appraisal Committee: ‘Follow the procedure.’”

Smith said that the case was centrally about public consultation.

“The developers put out a document and it was ravished by everybody down south, and they [NCL] put together a substantial [addendum], but they did not put it back to the public [for review]. The judge found on all those points. The most important thing is sending a message to DOE with that $50,000 cost,” he remarked.

Smith went on to say that, “The judge made it clear that he is expressing his displeasure and disapproval of how the matter was handled. He’s made it clear that there were breaches. Any self-respecting authority should not do that again. You have a judgment saying that you were wrong, you breached the law …they should not do that again. That’s the whole point,” Smith explained.

Attorney Pricilla Banner appeared for NCL, while the Deputy Solicitor General Nigel Hawke appeared for the DOE and NEAC.