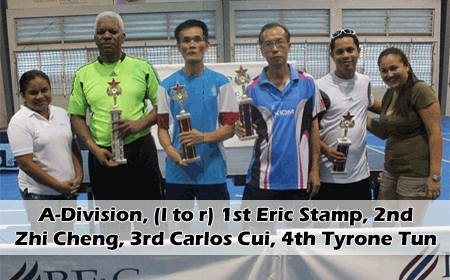 BELIZE CITY—Belize will be participating in the Central American & Caribbean (CAC) Games Table Tennis qualifying event to take place in El Salvador from August 28 to 31, 2014.

The team leaves the country on Wednesday, August 27, for El Salvador, where they will participate in Team Competition events with some 15 other Central American and Caribbean countries.

Only 8 team/countries from this event will qualify for the CAC games in November in Veracruz, Mexico.

The Belize Table Tennis Association (BTTA) gives a sincere THANK YOU to the Belize Olympic Committee for their financial support in providing the Airline transportation for the team.

The players are also recognized for their very own individual financial contributions in making this “team” participation possible.