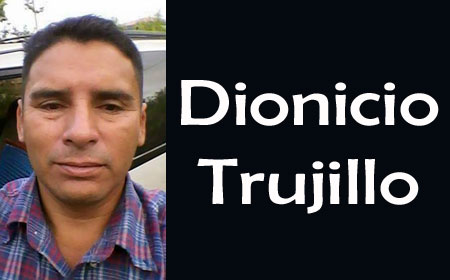 At about 7:30 Sunday morning, Dionicio Trujillo, 42, originally of Alta Vista, Stann Creek District but who was working in San Pedro as a taxi car driver, was found dead on A Street in the South End area of San Pedro. Trujillo, who lived on Sea Grape Drive, was lying face-down in about 12 inches of water in the drain near the edge of the main road in the Marina area, where his taxi van was parked. His throat had been slashed, and there were multiple stab wounds in his chest and abdomen.

People in the area who were walking on the road at about 7:30 Sunday morning saw the body in the drain and called police.

Assistant Superintendent Henry Jemmott, Commander of San Pedro Police, said that the motive for Trujillo’s murder is not yet known, but he strongly believes that it was robbery.

Amandala was informed that Trujillo’s wallet and cell phone were missing.

Police say that five people have been detained in connection with the murder, two of whom police strongly believe were involved in the death of the taxi driver.

Jemmott said that individuals with helpful information about the incident have been cooperating with the investigation and that they are following promising leads.

The exact time of Trujillo’s death is unknown, but police believe that Trujillo was killed between 6:00 and 7:00 on Sunday morning.

A neighbor of Trujillo told police that at about 4:30 Sunday morning, Trujillo apparently was at home because his taxi van was parked in front of his yard on Sea Grape Drive.

When the neighbour checked shortly after, the taxi was not there – he suspects that Trujillo had gone to work at about 5:30 that Sunday morning.

Trujillo’s body is to undergo an autopsy to confirm the cause of his death.

A meeting was scheduled to be held today between police, San Pedro’s mayor and the taxi drivers in San Pedro to address their concerns, and to enforce some crime-prevention measures, such as the removal of tinted glass on cars, which is covered by existing legislation that has been largely unenforced, as well as other measures that will be presented by the Mayor.

According to the San Pedro Sun, funeral services for Trujillo will be held tomorrow, Tuesday, May 5, at the Assemblies of God church in Alta Vista in the Stann Creek District at 1:00 p.m.