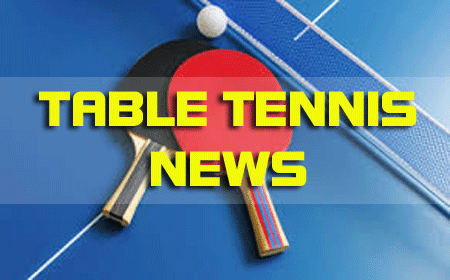 BELIZE CITY, Tues. Apr. 24, 2018– This past weekend was one of some exciting tennis, as the Brodies & RF&G Insurance Men’s and Women’s Doubles tennis tournament kicked off at the Pickwick Club tennis courts under the auspices of the Belize Tennis Association. The format was done as a round robin to increase playing time. There were nine men’s teams which were divided into two groups, and there were four women teams playing round robin.

In the men’s round robin, the top two teams from each group made it to the semifinals.

In the first semifinal, the father and son duo, Mike Sosa and Stefan Sosa (who were undefeated in the round robin in their group) vied against Curtis Musa and junior player Samron Pott. It was a tight match, with the first set going to a nail-biting tie breaker; but the father-son duo outplayed the Musa and Pott duo to take the win, 7-6, 6-3.

In the other semifinal, Shaun Finnity and Ralph Tatum played against Peter Quan and Sean O’Rourke, which was also an exciting and close match. Quan and O’Rourke ended up taking the win, 7-5, 6-3, to make it to the finals.

The finals could have gone either way, as both men’s teams played solid shots, and the fans were treated to some quality tennis. In the end, the Sosa duo earned the championship, 6-4, 7-6, against Quan and O’Rourke, with the young Stefan Sosa playing one of his best tournaments ever, as he remained steadfast and solid with his serves and volleys. Kudos to the men finalists for a match well played!

In the women’s category, the top two teams to make it to the finals were the mother and daughter duo of Lauren Sosa and Marlane Anderson, and Maria Rodriguez Luis and Samira Pott.  This was also a very tight match. The mother-daughter duo took the first set against Pott and Rodriguez Luis, with the experienced Anderson playing with consistency and grit. Pott and Rodriguez Luis had to regroup for the second and third sets to ensure they lessened their unforced errors and became more aggressive at the net. With this regrouping, the Pott and Rodriguez Luis team turned the match around, to take the victory and championship, 4-6, 6-1, 6-2.

Beautiful trophies and cash prizes were distributed to first and second place of both the men’s and women’s teams by RF&G Insurance representative, Lucien Dawson, and Brodies’ Edward Musa Sr. Both RF&G Insurance and James Brodie & Co. Ltd. committed to continue sponsoring this most prestigious annual tournament. Thanks to the sponsors, all participants, and the fans that came out to support.