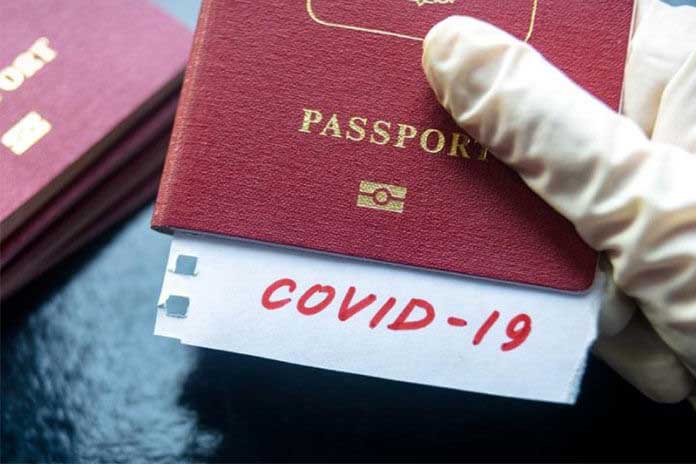 WASHINGTON, United States, Tues. Mar. 17, 2020 (Caribbean360)– The COVID-19 outbreak could have considerable implications for Caribbean citizens and their economies.

The magnitude of this impact will depend crucially on the spread of the virus, the duration of the outbreak, and measures countries in the region and elsewhere undertake to insulate themselves. It will also have much to do with country economic structures—particularly tourism dependence.

This post focuses on tourism as a key shock transmission channel, and considers IDB regional member countries’—i.e., The Bahamas, Barbados, Guyana, Jamaica, Suriname, and Trinidad and Tobago (referred to from here on as the “CCB” countries)—dependence on this sector, while putting forward illustrative scenarios for ranges of possible shocks to output over various horizons.

While for illustration purposes only, our scenarios highlight that because of the significance of the sector for several of our countries, as well as large increases in tourism arrivals during the peak period late in the year, a prolonged crisis could have a more amplified impact on economic activity via the tourism channel than one that is contained relatively quickly.

The impact for individual economies will differ depending on the structure of the economy (e.g., tourism dependence vs. commodity exporter), and transmission channels through which the shock propagates. These can be broken into two broad categories—(i) domestic outbreak and prevention measures, and (ii) external price and demand shocks.

Domestic Outbreak and Prevention Measures: While there have been relatively few reported cases in our six countries (at the time of this posting), a significant outbreak is a material risk. As for any country, both the direct impact of cases and preventative measures will have implications for domestic activity and demand. Lost productivity from workers falling ill or being asked to stay home would have implications for output. Similarly, costs associated with emergency medical services, as well as enhanced security and public safety measures would place additional financial and other burdens on governments.

For the six countries that are members of the IDB’s Caribbean Department, key external channels will include: (i) tourism, (ii) commodity prices, and (iii) cross border financial flows. For this post, we focus on the economic significance of tourism, and potential impact scenarios related to the sector—likely the most significant external channel for at least 3 of our 6 countries.

Tourism Dependence: Some CCB economies are among the most tourism-dependent in the world. Tourism accounts for between 34 and 48 per cent of total output (GDP) in The Bahamas, Barbados, and Jamaica, and similarly large shares of overall employment, with all three countries ranking in the top 20 globally on both measures (Figure 1). Related receipts are also equal to over half of total exports for these three countries. Cruise ship tourism—already heavily impacted by the crisis—also represents a very large proportion of this sector for both The Bahamas and Jamaica.

Historical Precedents: This outbreak may be without precedent, particularly for the Caribbean region. While there have been epidemics in recent years—e.g., Ebola (2013-2016) and Zika (2015-2016)—these do not appear to have had major implications for travel and tourism to the region (Figure 2). While Zika cases were reported in the Caribbean, and health warnings were issued, broad travel advisories and restrictions such as the ones currently being enacted are without precedent. During the Global Financial Crisis, Caribbean tourism did suffer an important drop in arrivals owing largely to economic factors. Should the crisis lead to a severe economic shock to advanced economies, this may also trigger a similarly important shift in travel preferences.

Crisis Duration and Seasonality: Seasonal fluctuations in tourist arrivals to the region are significant—with increases of much as 200 per cent between high seasons (generally October to April) and the lower volume period (Figure 2). In this context, should the crisis remain acute past September 2020, we would expect the impacts to be considerably more severe.

Shock Scenarios via the Tourism Sector

Table 1 provides illustrative shock scenarios, reflecting a range of possible impacts of the crisis on output (GDP) for our six countries. Note that these are based on estimates of both the direct and total contributions of tourism to GDP (see Figure 1, above) for each of our countries, based on data available from the World Bank / World Travel and Tourism Council. We simulate the possible impact on GDP of 3 shock magnitudes (i.e., a reduction of tourism activity by 25 per cent, 50 per cent, and 75 per cent) over 3 time horizons beginning on April 1, 2020 (i.e., through end-June 2020, end-Sep. 2020, and end-Dec. 2020). Our simulations take into account historical seasonal arrival patterns for each of the shock horizons. They do not, however, take into account shocks to other sectors (e.g., merchandise or commodities trade) or second round effects. Similarly, we apply the shock to the historical contributions of tourism to GDP, which does not take into account the non-linear properties of such a shock, particularly the fact that shorter duration shocks are likely to have less severe implications for operators (e.g., hotels, restaurants, service providers, etc.) than a prolonged crisis—e.g., a short-lived shock may not require lay-offs or extended closures, or lead to major financial difficulties, whereas a prolonged shock could force operators to make more severe adjustments.

Results: While our shock scenarios (Table 1) are incomplete as they do not take all transmission channels or second round effects into account, they do highlight that the impacts of a short-lived crisis on tourism-driven output would be considerably less damaging than one that extends through the peak season beginning later in the year—particularly for countries with large seasonal variations. As noted, we apply the same shock scenarios to two variables: the direct (Table 1.1) and total (Table 1.2) contributions of tourism to each country’s overall output. At the extreme, a high-impact scenario of a 75 per cent reduction in tourism arrivals over the last 3 quarters of the year could reduce GDP relative to the pre-crisis baseline expectation by between 11 per cent and 26 per cent in the case of Bahamas, and by appreciable magnitudes also for Barbados and Jamaica. Countries that are less tourism dependent would also be less affected across our range of scenarios, though other channels not simulated here could also have large impacts.

Policy Implications: Given the rapidly evolving nature of this crisis, any impact estimates are subject to considerable uncertainty. What is clear is that the spread of the virus, its implications for global financial markets and measures being undertaken by governments around the world have grown more severe with every passing day. In this context, CCB governments are likely to face increased financing needs driven by both direct costs of crisis mitigation, and from revenue implications of the economic shock, and that policymakers should work towards developing contingencies and identifying low-cost supplemental financing options over the near term including those available from international financial institutions. A failure to do so could have adverse implications for longer term fiscal and debt sustainability, and put at risk the hard-won gains achieved by many countries in the region over recent years.

(Henry Mooney serves as Economics Advisor with the IDB’s Caribbean Department, and was formerly the Bank’s Lead Economist based in Jamaica. He previously worked in investment banking with Morgan Stanley in London, and with the IMF and World Bank, including in dozens of countries in Africa, Asia, Central Asia, Europe, and Latin America and the Caribbean.

Maria Alejandra is part of the Caribbean Economics Team (CET), providing support in the creation of research products and coordinating some CET activities from the IDB’s head office. She holds a master’s in Economics from Brown University and is a former Fulbright Scholar.)