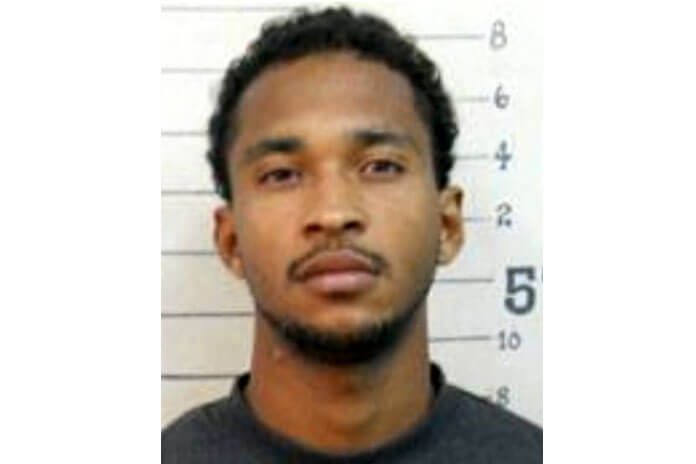 Across the street from the Roaring Creek Police Station, a gunman almost emptied his gun into Neal’s head.

Roaring Creek, Cayo District, Mon. Dec. 16, 2019– Last Thursday night, Timroy Neal, a resident of Roaring Creek, was at Lucky Entertainment, a business place that is located across the street from the Roaring Creek Police Station, when a gunman coldly executed him at about 10:30 p.m.

The execution was captured on surveillance video, which showed Neal’s killer escaping into the night after he had made sure Neal was dead.

On the surveillance video, Neal, 28, was seen running around the front of a car. Apparently, he had just been shot, and he fell to the ground in front of the car.

As he fell to the ground, however, a gunman who was chasing him came around the car and at point- blank range, fired about five more rounds into Neal’s head. He died on the spot.

This afternoon we spoke to a female relative of Neal who spoke to us on condition of anonymity.

She told us that she doesn’t know what happened. “All I can say is that I went out there crying; and I saw my cousin lying on the ground with gunshot wounds to his head,” she said.

“Everyone look at him like he is a bad person, but he was my family and I loved him. He was not a dog,” Neal’s cousin told us, adding, “I don’t know what he did out there in the streets. All I know is that he was always there for me. I won’t let his past get to me.”

“All I would like to say to the killer, I hope when the same thing comes knocking at your door, you can handle it. He (Neal) was a target. I hope they are glad that they sent him home. I will bury him,” she said.

Timroy Neal was the father of two children and had twins on the way, his relative told us.

Neal is no stranger to law enforcement. In 2010, he walked off a murder charge and has been fingered in connection with other very serious brushes with the law, but he was never convicted in court.