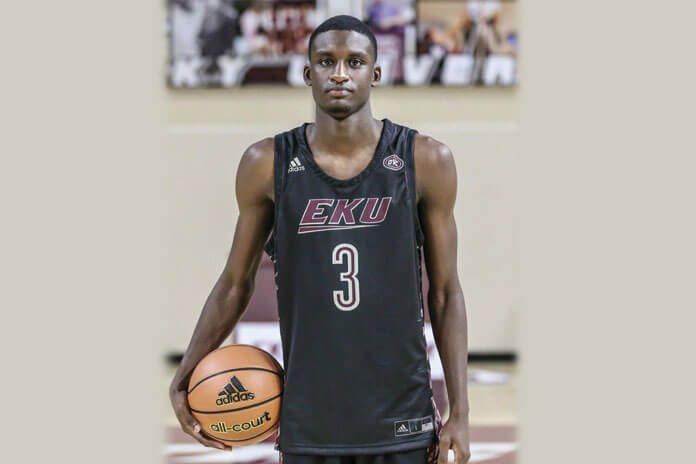 BELIZE CITY, Wed. Nov. 6, 2019–In his final year at Henry Clay High School of Lexington, Kentucky, USA, a grandson of Krem Radio personality Tony Wright, 17 year old Marques “Ques” Warrick has reportedly verbally committed to attending the University of Northern Kentucky in the 2020 basketball season.  A standout shooting guard in his high school team, Ques has been sought by a number of scouts from different universities, but he has apparently opted to stay close to home and his parents, American born father, Marqus Warrick, and Belizean born mother, Therese, who is the daughter of Tony Wright.

According to Tony, Ques has been visiting Belize regularly from he was 3 years old, and, as recently as 2017, conducted a basketball summer camp at the Trinity Methodist primary school in Belize City.

Northern Kentucky University has received a commitment from one of the top basketball players in the state, landing Henry Clay High School’s Marques Warrick.

The Lexington native announced his decision earlier this week and is expected to sign with NKU in November. A 6-foot-3 guard, Warrick averaged 21.1 points per game last season. He also drained 91 shots from 3-point range as Henry Clay posted a 28-6 record.

A sharp-shooting lefty, Warrick converted 52.4 percent of his field goals and made 111 free throws in 143 attempts (77.6 percent). He scored 719 points as a junior and also averaged 4.1 rebounds per game.

Warrick enters his senior season with 1,188 career points. He earned third-team All-State honors as a junior and was named an 11th Region all-star. Henry Clay is expected to contend for the 11th Region championship this season.

Warrick also had offers from Eastern Kentucky, New Jersey Institute of Technology and Bellarmine, which will begin transitioning to NCAA Division I after this season.

LEXINGTON RECRUITING COUP: Warrick’s announcement is a big boost for NKU recruiting and first-year head coach Darrin Horn. How important are Lexington high schools as far as recruiting? NKU emerged as a national power at the NCAA Division II level in the 1990s by landing several talented players from Lexington….