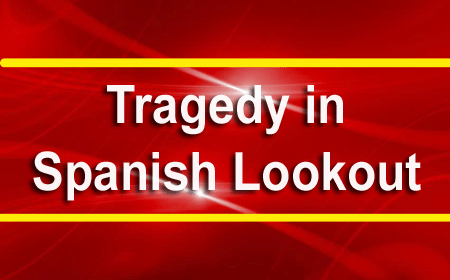 SPANISH LOOKOUT, Cayo District, Thurs. Aug. 3, 2017–A baby, 1 year and 6 months old, died in a terrible accident this evening. Her father, Steven Hochfteter, a farmer, was reversing out of the yard in a pickup and did not see the child.

His vehicle rolled over the child. She was rushed to the Western Regional Hospital in Belmopan by her devastated father, but died on arrival.

The devastated Hochfteter told police that his daughter had been playing behind the truck and he did not see her.