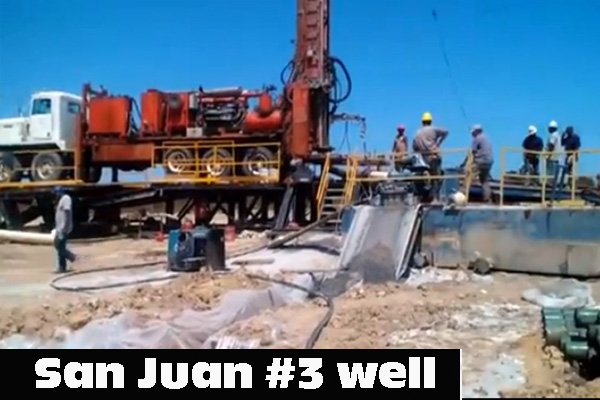 Treaty Energy Corporation, the joint venture partner of Princess Petroleum in Belize, announced today, April 24, that it has decided to suspend drilling operations in southern Belize, as a consequence of last week’s Supreme Court ruling by Justice Oswell Legall, which included an injunction placed on the Government of Belize that it should no longer pursue works under six contracts, including that given to Princess, which the court has declared “illegal, null and void.”

According to the Louisiana-based corporation, Treaty Energy Corporation, back in 2010 it entered into a joint venture agreement with Princess Petroleum Ltd. to develop its oil and gas concession. The contract, which originally covered 2 million acres, is mostly for offshore works.

“Due to the current injunction placed on offshore concession holders, and by extension Treaty Energy Corporation, drilling on San Juan #3 has been suspended,” the company’s press release issued today said.

“On April 19, 2013, representatives from Treaty Energy Corporation and Princess Petroleum met with Princess Petroleum’s legal counsel, Rodwell Williams, to discuss the Oceana case and the potential impacts that the ruling may cause. During this meeting, Treaty Energy Corporation was advised of their legal rights and furthered the discussion with other government representatives,” the company said.

At the time the ruling was handed down, Treaty was working on its third well in the San Juan area, near Cowpen village.

The company’s website informs that in 2012, Treaty Energy commenced drilling its first well, the San Juan #2 in the Stann Creek district, and proceeded to its second well in August.

After analyzing the results of the first two wells, it began drilling a third exploratory well, San Juan #3, in March of 2013. As of March 29, 2013, TECO’s drill was at approximately 700 feet.

Following the recent court ruling, Max Mohammed, Treaty Energy Corporation’s Chief Operations Manager for Treaty Belize Energy, Ltd., returned to the United States. However, Mohammed will be returning to Belize the week of April 29, 2013, and will continue to oversee all Treaty operations in Belize, the company said.

The Government plans to appeal last week’s court ruling, because it does not agree with the court that an EIA is required before a petroleum contract is issued.

Chief Environmental Officer Martin Alegria had previously told Amandala that an EIA would be required if exploitable petroleum is found and the company wants to pursue commercial production at the well sites.