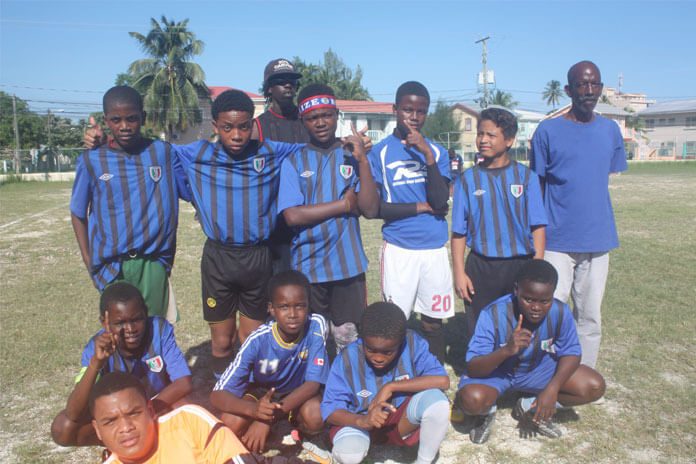 BELIZE CITY, Wed. Dec. 11, 2019– The Future Football Club U-10 & U-13 Little League Football Tournament kicked off on Saturday, October 5, at the ITVET Football Field in Belize City; and this past Saturday, December 7, saw the culmination of the tournament, with third place games in each category preceding the championship games, followed by an awards ceremony. 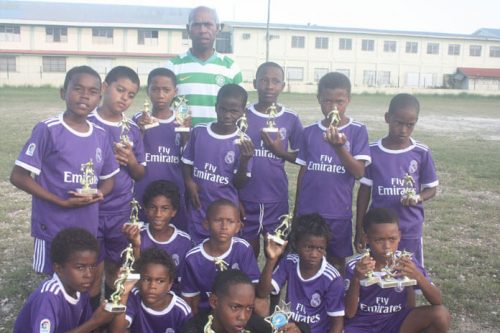 In the U-10 3rd place game, Belize United shut out Caesar Ridge, 4-0, with 3 goals from Antwan Latchman and the other from Diego Dusan. And in the U-13 match for 3rd place, it was Survivors FC, 1-0, over Sports In Education, on a goal by Shawn Pitts.

The U-10 championship game was decided early, as top goal scorer Esmond “Bagga” Sanker struck 3 minutes after kickoff; and Tutbay Yabra FC went on to win, 3-0, over Reality Youths, with 2 goals from Sanker and the other from Tyreek Frazier. 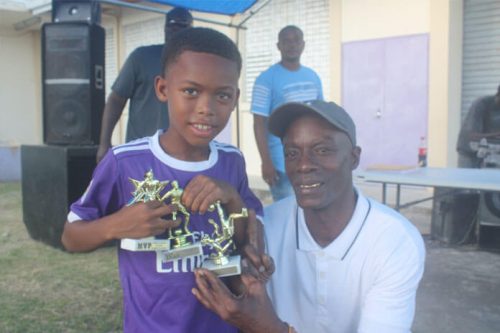 In the U-13 finals, first half ended deadlocked at 1-1, after a long, high lob from Caesar Ridge’s Raymond Gentle went in over the head of little Oswine Guardado in goal for Future FC, and a spectacular free kick from 25 yards by Keedenshay Bowen tied it up for Future FC. However, the second half was dominated by Caesar Ridge, who added 2 goals from Shemar Thomas and 1 from Tom Moguel, to extend the lead to 4-1, before Future FC got another goal, from Albert Thurton, Jr., just before the long whistle, to bring the final score to 4-2.

The post-game awards ceremony commenced with a prayer led by pastor Jeffrey Trapp, followed by the singing of the national anthem, led by master of ceremonies, the great Kenny Morgan, who then thanked the organizer, Edon “Yellowman” Rowley; game officials Evral Dixon, Vallan Symns and Tyrell Rowley; all the players who participated in the tournament, along with their coaches, fans and parents who came out to support their kids; and, of course, the sponsors who made the event possible.

In speaking to the youths gathered for the awards ceremony, Tilliman said he was impressed by the skills displayed by some of the youths, and encouraged them to maintain the spirit of friendship and sportsmanship displayed that afternoon in the years ahead as they grow into young men, so that our community can enjoy peace and harmony and an end to the violence prevailing at this time. Next was Hagler, who reminded the kids that both himself and Tilliman were once in their shoes as young ballers, and reiterated Tillman’s call for them to maintain their friendly relations in the months and years ahead, despite competing against each other in games on the field. Tournament organizer Edon “Yellowman” Rowley then supervised the issuing of medals, trophies and awards, which were handed out by Tilliman. 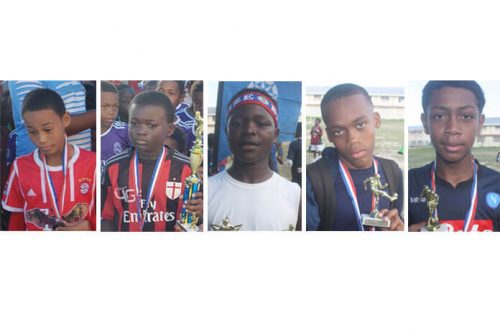