U.S. wanted man is deemed a prohibited immigrant to Belize 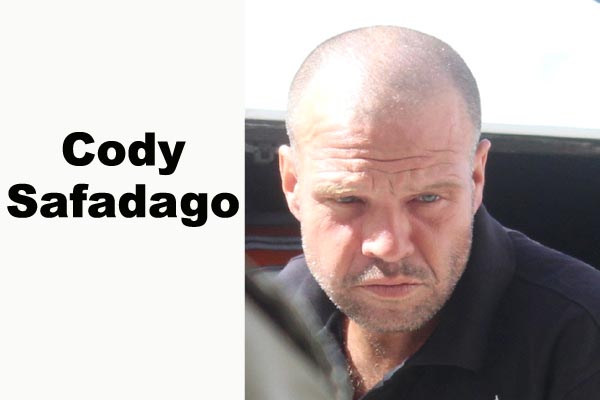 Cody Safadago, 42, an American auto mechanic from Seattle, Washington, who is wanted in the U.S. for violating his parole, was arraigned in the Belize City Magistrate’s Court, where he was declared a prohibited immigrant and a removal order was granted to Immigration officers for his expulsion.

After his appearance in court, Safadago was handed over to police to await the arrival of a U.S. Marshall who will take him back to the United States.

He appeared before Magistrate Leslie Hamilton on the allegation that on Friday, February 27, 2014, he entered Belize and failed to present himself to an Immigration officer at the point of entry.

But he pleaded not guilty after he was told he is being deemed a prohibited immigrant.

In his explanation to the court, Safadago told Magistrate Hamilton, “I came through Blue Creek and there was no one there.”

Safadago also told the magistrate, “My embassy called the jail and was to fax information because they needed to fax a cover letter, but they had no fax number.”

According to Safadago, the cover letter his embassy tried to fax was for him to leave the country.

He also told the court that his backpack and passport were stolen while in Belize.

The wanted fugitive has been convicted for spousal abuse of his wife in Hawaii. He was found at a home on Ben Bow Street in Belize City.

Safadago has been convicted for a number of other offences, including abuse, drug offenses and human trafficking, Immigration officers informed the court today.

On Friday, the Immigration Department tried to get him arraigned, but the unavailability of a magistrate prevented this, so, he was remanded to prison and returned to court today.