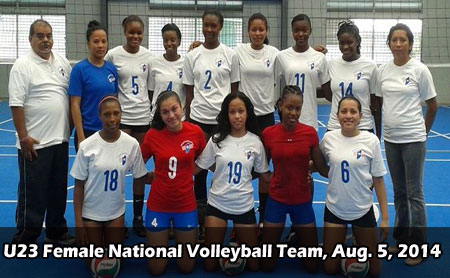 BELIZE CITY—Team Belize arrives today, August 5, in Tegucigalpa, Honduras, ready to compete in the U23 Central American Female Volleyball Championship that takes place August 7 to 13. All seven (7) Central American countries will be participating.

The tournament is for players born 1993 and after (actually U22 but called U23 to align with the international championship next year). The ladies have been training very hard and, although a young team (avg. age of 17.8 years old), they will be ready to compete and make Belize proud.

Belize opens against Nicaragua at 6:00 p.m. on Thursday, August 7; has a rest day on Friday; then plays at 4:00 p.m. on Saturday, Sunday, Monday and Tuesday against Panama, El Salvador, Costa Rica and Guatemala, respectively. They close by playing the hosts, Honduras, at 8:00 p.m. on Wednesday, and return home the next day, Thursday, August 14.