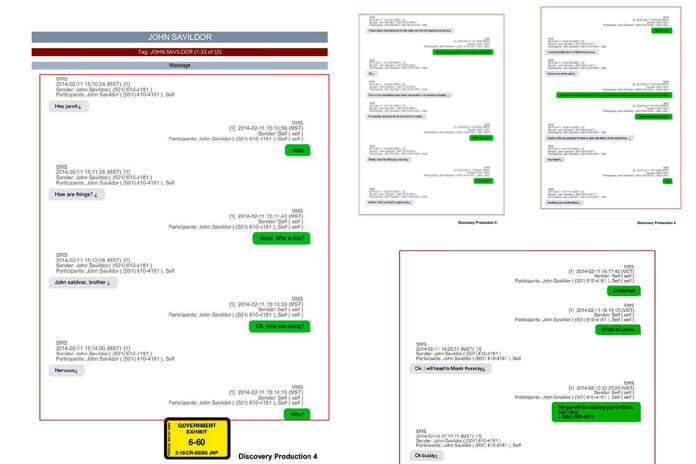 BELIZE CITY, Tues. Feb. 11, 2020– The testimony of convict and prosecution witness, Jacob Kingston, continued today in the Utah fraud and money laundering trial of Lev Dermen. What Kingston testified to, and the evidence led by the prosecutor, have had a rollercoaster effect on the politics of the governing United Democratic Party, which elected a new party leader this past Sunday.

In the two-way race for the party leader post, Hon. John Saldivar (Belmopan) defeated Hon. Patrick Faber (Collet) and was sworn in as the new UDP leader.

The new UDP leader, John Saldivar, was scheduled to hold a press conference tomorrow, Wednesday, at the party’s Youth for the Future Drive headquarters, but the UDP Secretariat announced today that the press conference was postponed until further notice.

Late this evening, an announcement was made that Prime Minister Dean Barrow would have an emergency Cabinet meeting tomorrow, Wednesday, in Belize City.

All of this appears to be as a direct consequence of the evidence that the prosecutor in Utah led and presented to the jury through the testimony of Kingston, whose text messages which he exchanged with Minister Saldivar proved to be explosive in content and implicated the minister.

Kingston testified that in 2014, he sent $50,000 US dollars to John Saldivar in Miami, and that he and Lev Dermen travelled to Belize and Dermen promised to pay for John Saldivar’s re-election campaign.

Kingston said there was a meeting between three of them and Saldivar said that he and three or four members of his party all needed financial help in getting reelected.

The names of the other UDP area representatives were not mentioned. Dermen, however, agreed that he would pay for the campaign, Kingston said.

When Saldivar did not hear from Dermen, he texted Kingston on February 11, 2014, telling him that he was nervous that he had not heard from Dermen, then he asked Kingston for the money Dermen had promised to send him, because he needed it.

Kingston said he offered to wire the money, but Saldivar refused, saying that a wire transfer was not a good idea.

Kingston then asked Saldivar if he could travel to Miami the following day – February 12 — to meet one of Kingston’s associates who could bring the money and give it to him. Kingston said Saldivar agreed to do so.

In court, the text message exchange between Kingston and Saldivar was shown to the jury, while Kingston summarized them.

As it turned out, Dermen had promised Saldivar US$25,000 per month as a contribution toward his campaign.

One key exchange between Saldivar and Kingston was as follows:

When Kingston suggested that he, Saldivar, could travel to Miami to pick up the money, Saldivar agreed and texted him back, saying: “OK. I will head to Miami Thursday.”

At his press conference on January 15, Prime Minister Barrow had said, “The evidence in this trial will be forthcoming. And what I am here to also tell you is this: if it turns out that indeed there is evidence to show that a member or two members of my Cabinet received funds from Mister Lev, there will be hell to pay.

“Might be that the Minister could make a hell of a case saying, where is the proof that this was anything other than a campaign contribution from someone that I knew who supported me, and there are no laws in Belize, much to my chagrin, that regulate campaign finance contributions.

“But I wouldn’t need to get into that sort of an argument with the Minister, would I? Because even if that could be shown to be true, you lied to me and you lied to the Cabinet in saying that you did not receive any money – Q. E. D. That in itself is a basis for me to say, ‘Sir, madam, you cannot stay in any Cabinet that I lead.’

“I don’t think I can make my position any clearer. Once there is evidence of monies having been received by any UDP Cabinet member from this gentleman, game over.”