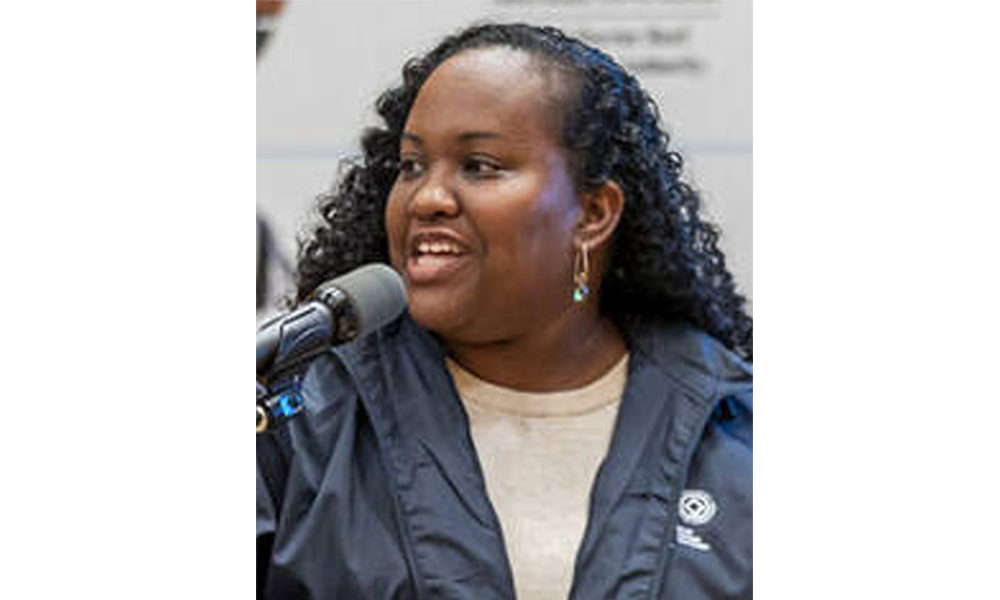 Fifteen days after a shooting that severely wounded her and caused the death of her husband and her brother-in-law on New Year’s Eve, 38-year-old Vivian Ramnarace passed away at the Western Regional Hospital.

Fifteen days after her husband and her brother-in-law, 38-year-old Jon Ramnarace and 29-year-old David Ramnarace, were brutally murdered on New Year’s Eve, Vivian Ramnarace, 38, who was also shot several times by the gunman on that evening, passed away on Sunday, January 15, at the Western Regional Hospital due to what appears to have been a pulmonary embolism resulting from a blood clot, which led as well to heart failure.

When the shooting occurred, David Ramnarace and his common-law wife, Yemi Alberto, 28, were at Jon’s residence on Belen Street in the Maya Mopan area of Belmopan, where the sequence of events was captured on security camera. At 7:39 that night, Jon could be seen in the footage exiting his home and standing in the yard several feet away from the others, who were standing at the doorway of the house.

Moments later, an individual was seen walking, then jogging, up the street in the direction of the home. That person then entered the yard and immediately began firing shots, first at Jon, then at David, then he went inside the home, where he fired shots at Vivian and Yemi Alberto, who had sought refuge inside the home.

Vivian was reportedly shot six times, in the neck and abdomen, as she tried to shield her 5-year-old daughter. Seconds later, the gunman returned outside and shot Jon twice in the head, and moved over to David, firing several shots at David before fleeing the scene.

David died at the scene, while Jon was pronounced dead at 8:01 that night at the Western Regional Hospital.

Shortly after the incident occurred, police detained police corporal 39-year-old Elmer Nah, who was initially charged with two counts of murder. However, Communications Director for the Belize Police Department, ASP Fitzroy Yearwood, told the local media that Nah’s charges will be upgraded to a triple murder charge.

This week, during an interview with Belmopan’s Plus News, Deon Pascacio, the first cousin of Vivian, who spoke on behalf of her family, said that she had been on the road to recovery after surgery, but on the day she passed away, she complained of numbness and swelling in her leg and was taken to the hospital, where she collapsed in the emergency room.

“A doctor friend advised us to take her to the hospital for treatment and check-up. We made it to the hospital. Her mother made it to the hospital with her, but right in the emergency room, she collapsed. Immediately, the doctors and nurses jumped into action, and before the family knew it they had to be signing forms for intubation because she actually couldn’t breathe on her own and her oxygen level had fallen low so they needed to give her assistance. So, we did what we needed to do, and they were able to bring her back to get a pulse. But, she suffered a second heart attack…” said Pascacio

“… We have to say thanks to the staff at the [Western Regional Hospital]. They tried their best and were very helpful to us even after. They couldn’t do anything else [besides] allowing the family to be there to grieve and deal with the whole situation. It’s been tough on the family. There hasn’t been a member of the family who hasn’t shed a tear and continues to cry when we think about it,” he added.

Pascacio said that Vivian had remained strong mentally after the shooting and was able to recall the sequence of events on the night of the shooting. However, she had become fearful that her family would be attacked as a result of what happened to her.

He also said that the family was pleading for an independent investigator.

“Everybody in this situation wants justice, and we are cautiously optimistic that we will get justice from a physical human standpoint, because we know that there are sometimes loopholes in the system and people walk from these crimes, not because they are not guilty, but because of technicalities, and that is our concern… We, like families who find themselves in these situations, would want to rally for something like that, because if it involves those within the department, then it is something you want some independent international investigator to be investigating to get more objectivity on both sides, and both sides will feel some comfort knowing that proper due diligence was done,” Pascacio said.

With Vivian succumbing, Yemi Alberto, the common-law wife of David Ramnarace, is now the sole survivor of the tragic shooting. ASP Yearwood told the media that whatever statements have been gathered, including statements made by Vivian prior to her death, will be used as evidence during the trial.

Vivian Ramnarace served as a Fisheries Officer at the Belize Fisheries Department for the last 15 years, and was passionately involved at the policy level in ensuring the protection of the country’s marine spaces. She attended numerous international conferences and meetings in the course of those efforts, and thus became well-respected among fellow conservationists. The UNESCO World Heritage Centre, the National Focal Point for the Belize Barrier Reef Reserve System World Heritage site (Belize), released a statement after her passing.

“The passing of Vivian Ramnarace is a significant loss for the conservation community in Belize and the World Heritage managers’ community. She participated in various UNESCO meetings where she brightened the marine World Heritage community with her intelligence, warmth, and kindness, as well as her passionate drive to protect the ocean,” the statement said.

So far, no motive has been established for the shooting on New Year’s Eve.

Jon and Vivian’s 5-year-old daughter is in the care of their family.