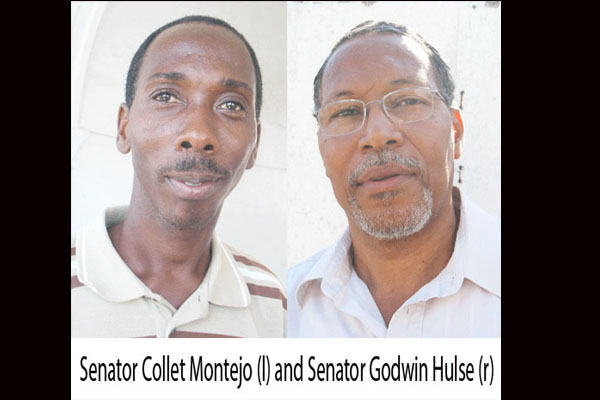 During today’s lunch hour, the Senate passed the much-debated Belize Sugar Industry and Cogeneration Project (Development Incentives) Bill, 2012, with the social partners—the private sector, the trade unions and the churches—giving their support for the tax and duty concessions, although they expressed concerns over the lack of proper consultation with the country’s 6,000 cane farmers who are major stakeholders in the industry.

“What concerns us is that the Belize Sugar Cane Farmers Association is not fully in support of this bill,” said Private Sector Senator Mark Lizarraga. “As we know, the cane farmers are, of course, a necessary and a vital part of this industry for it to move forward.”

Lizarraga expressed the hope that the incentives would “provide long-term sustainable returns for investor and Belize.”

“For this endeavor to be successful,” added Lizarraga, “we would hope that we can get the buy-in from all the players, and we urge Government to continue the dialog with the Belize Sugar Cane Farmers Association, to try and address their concerns.”

The Opposition People’s United Party (PUP), which has also highlighted the opposition from cane farmers to concessions they deem to be “excessive”, continued to stand firmly opposed to the bill.

The vote for the bill was carried by 9 senators who voted in favor of it. The 2 PUP senators present voted against the bill. The third PUP Senator, Lisa Shoman, away on official business, was marked absent.

All this talking is not coming from 6,000 cane farmers but from a few noisemakers, said Senator Godwin Hulse, Leader of Government Business, in wrapping up the debate. He trumpeted the deal as a “win-win” relationship.

Expressing gratitude for the support the private sector is lending to the bill, Hulse said that the aim is to ensure that Belize gets a better price for its sugar. “The pie will get bigger,” said Hulse. That would mean that farmers, who get 65% of earnings from sugar, would also get a bigger piece of the pie. “Isn’t that a nice good thing?” said Hulse.

The Government senator bristled at aspersions he said were apparently cast by PUP Senator Collet Montejo, who complained about sugar shortages in his home district of Cayo because of illegal exports to Guatemala, suggesting that “a minister” has something to with the contraband export of sugar to Guatemala.

“I hope [he] ain’t referring to this minister,” said Hulse, shunning any thought that he may have been involved in the illicit deal.

Senator Montejo told the Senate that along with the deal for Government to lend BSI $10 million last year (2011) to pay farmers, was the pledge to conduct an audit, the report of which should have already been released.

That audit, said Montejo, exposes gross mismanagement of BSI and that is why it has not been made public, he said.

Montejo said that whereas his colleagues have indicated that they do understand that the industry needs to be bailed out; farmers are saying, “Create a level playing field. Give us some of these opportunities being given to ASR for us to continue to move forward.”

Church Senator Noel Leslie also pointed to the concerns of cane farmers: “Cañeros are a bit disturbed. They are saying they were not consulted enough. That is a bit unfortunate [because] they do need to be heard.”

In responding to concerns over lack of consultation with farmers, Hulse used the analogy of a store owner who, he said, has no need to consult with those who supply him goods.

Senators also expressed concern that the Government, under the development concession, is waiving the environmental tax. Leslie said that he finds this exemption “a bit surprising,” because this tax provides safeguards for a clean and beautiful Belize.

United Democratic Party senator Gerardo Sosa said that it is imperative to mention that since 1998, dividends have been declared to shareholders and workers of BSI but they have not been paid. He said that this makes it clear that the financial situation of BSI requires immediate solution, not just attention.

“It is Government’s moral responsibility to make necessary arrangements through the legislature,” said Sosa.

He then said: “It is very important to seek for a division on this matter, to ensure that every member of this honorable Senate declares its position in respect to the situation that we are now facing in the north and particularly their support for or vote against this development concession proposal.”

Sosa said that it is important that 10 years from now, one can go back to the record and see exactly what stance each of them took on the matter.

Lizarraga, Leslie and Ray Davis, senator for the trade unions, joined the 6 UDP senators in giving their support for the bill. They vastly outnumbered the 2 PUP senators who were present and who both voted against it.

The development concession is in support of a US$100 million investment in the Belize Sugar Industry (BSI). With the finalization of the deal, expected by month-end, the internationally-dominant American Sugar Refining will pay off BSI’s external debt of US$60 million and invest the remaining US$40 million locally. However, ASR will also acquire 78% of BSI through a new share issue by the company.

The bills will be passed to the Governor-General for his assent before they become law.

BELIZE CITY, Thurs. Oct. 8, 2020-- Election fever is in the air, but if the Belize Peace Movement (BPM) has its way, political aspirants...
Read more
Headline